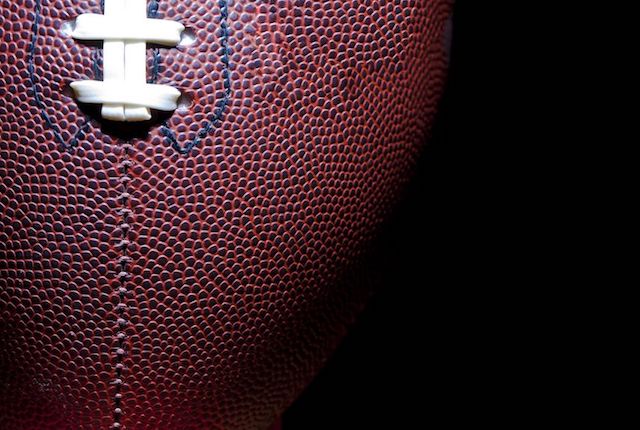 Without a doubt, the National Football League (NFL) is the star of professional athletic leagues. Its television ratings are unmatched; the NFL presented 24 of the top 25 most-watched shows last fall. Right or wrong, the off-season conflicts – player v. commissioner spats, PED suspensions, and a massive concussion lawsuit – are muted when September rolls around, and pigskins start flying. Football is a game of passion. It’s also an emotionally exciting and financially rewarding business to be a part of.

Football jobs and jobs in the NFL are out there to be had, and there are several important entry-level jobs worth exploring.

Widely considered the primary entry point onto a professional football team’s coaching staff, a quality control assistant is sometimes more generically referred to as an offensive or defensive assistant. This intern-like role is the only coaching staff position that spends more time alone in front of a computer screen than on the field with players.

QC assistants, usually designated to one side of the ball, work weeks ahead on the schedule, whereas most coaches focus on the upcoming opponent. They’re responsible for packaging statistical data for coaches and players. They also break down immense amounts of game film. Someone must chart how upcoming opponents handle third-and-short on the goal line and what their substitution pattern tendencies are. Additionally, tracking the number of times another team uses certain personnel groupings will allow the coaching staff to prepare a well-strategized game plan.

These responsibilities and more are tasked to a Quality Control Assistant, giving them a taste of what coaching is all about and helping validate their commitment to the details. A similar role is worth considering for future coaches that are currently in school. In the college ranks, a football team’s graduate assistant does the grunt work, packaging stats and video to arm coaches with everything needed to win on game day.

Statistical analysis is all the rage. That said, spreadsheets can only supplement, not replace scouting in football. Often, data feeding into the formulas are gathered by organizational scouts. People looking for jobs in the NFL should consider the role of Team Scout as a way into the league.

This valuable position is all about gathering information, subjective and objective, that a team’s personnel department utilizes to grade players. Timing 40-yard dashes and vertical leaps are just the start. Analysis on a lineman’s hand positioning during a run block or receiver’s ability to avoid “body catches” on a slant route are just as helpful.

Some NFL scouts evaluate college players for draft consideration while others study soon-to-be NFL free agents. For the former, much time is spent on the road traveling. While general managers make their money selecting first-rounders with Pro Bowl potential, scouts establish themselves by recommending mid-to-late round selections that become stars.

In the end, football is all about team building. And that comes from organizations evaluating players’ potential and placing a value on it. This is precisely a scout’s responsibility. If you aspire to this position, gain experience scouting for colleges or universities to build your resume, then make an aggressive push into the NFL.

In decades past, former football players had a significant advantage when attempting to enter front office departments. League connections and a wealth of football knowledge bring obvious value to personnel departments. Recent years have layered heavy statistical analysis on top of scouting information to minimize risk on big money decisions.

Not all jobs in the NFL involve working directly with teams. You may instead wish to pursue a career that offers behind-the-scenes opportunities. 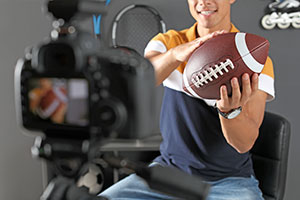 Starting as a Production Assistant allows you to work in a growing NFL department. Research indicates viewership of NFL broadcasts is on the rise. The organization will continue to need graphics and related visual content. By working in this capacity, you may be able to move up the ladder, taking on additional production responsibilities in the future.

Although technically a temporary job, the Seasonal Researcher position allows you to get your foot in the door at the NFL.

The NFL is continually releasing editorial content. It’s essential that this content not only be accurate but that it also provides its audience with valuable context.

A Seasonal Researcher helps ensure it meets these criteria. Responsibilities may include (but are not limited to): 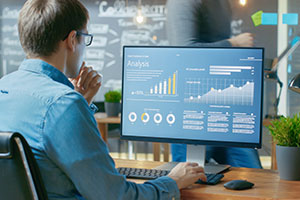 Why is Seasonal Researcher one of the best NFL entry-level jobs? Because it requires an immense love and knowledge of NFL history and current NFL trends. If you’re passionate about working in this organization, the odds are good you have that kind of expertise already. This role gives you a chance to put your passion to good use.

That said, the NFL would like to fill such a role with someone who already has experience performing statistical analyses. You may want to complete an entry-level NFL internship to boost your odds of getting hired.

Doing so can be a very smart career move in the long run. While it is true that the Seasonal Researcher position is temporary, again, it also involves coordinating with many other relatively high-level NFL employees. This expands your professional network. When you apply to your next NFL job, you’ll know plenty of people willing to vouch for your commitment and expertise.

Do you know how to code? If so, you could leverage your skills to get a job with an NFL team. 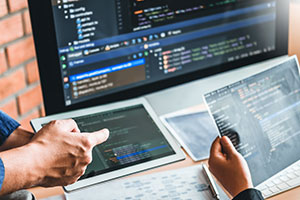 An Applications Developer helps to build the code that supports current software. They may also be involved in the development of future applications.

Don’t overlook the value of this role. Coaches rely on these apps to help them make key decisions and work more efficiently. By assisting in their maintenance and development, you’re contributing to a team’s success in a major way.

It’s also worth noting that digital technology is constantly becoming more and more ubiquitous. You can be fairly certain that teams will always need applications. In fact, they’ll likely need more digital solutions in the future. That means getting started as an Applications Developer will set you up for a long career.

The rise of digital media has also given rise to an increased need for content. The NFL always needs content to distribute across its various media channels and platforms. That’s why the organization implemented the Live Content Correspondent program. This program allows freelancers to follow teams, generating relevant content when needed.

The Coordinator position involves making sure content requests are communicated properly, and content is generated appropriately. If you start with this position, you may have the opportunity to join the LCC program at a more intensive level in the future. That means you’ll have the chance to spend time with the actual players.

The Evolving Role Of Entry-level Jobs In The NFL: Statistical Analysis

NFL teams need mathematicians and statistical analysis gurus to compile, slice and splice data points, tell a story, and guide decision-makers. Numerically inclined, sports fanatics can study projection, regression analysis, and more to make sense of data as their pathway into the NFL.

More-and-more teams are building out entire statistical analysis departments instead of contracting someone to look at the information and make likely-ignored suggestions. And, instead of purely relying on companies like STATS INC for information, professional organizations now develop their own measurements and build their own database.

The ratio of ex-athletes to “statheads” that help run football operations has slowly headed the way of Major League Baseball. Front offices, once heavily staffed with former college and professional athletes, are more diverse than ever before. Creative statisticians with a strong depth of football knowledge finally have a respected place in the game. And, now more than ever, breaking down the numbers and presenting it in a way that helps drive decisions is one of the few entry points into the business of football operations.

Signing up for Jobs in Sports

These are just some of the top NFL entry-level positions to consider. Although each is unique, they all allow you to build a career with this esteemed organization. To get started, browse open NFL jobs today.