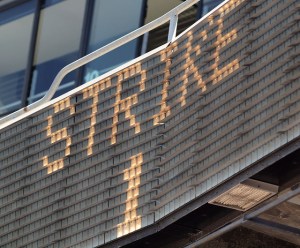 Regardless of what domain the sports management jobs are in, they all require a similar skill set, typically consisting of communication, problem-solving, and leadership. They also often come with a lot of pressure — none more so than team managers, whose blunders go well beyond the conference room.

Here are some of the biggest mistakes made in professional sports, which shed some light on what to avoid:

In December 2012, the Los Angeles Angels of Anaheim’s general manager Jerry Dipoto landed a huge deal by signing one of the best free agents in the league, Josh Hamilton. Adding him to the lineup alongside sluggers Mike Trout and Albert Pujols made them an instant favorite for the 2013 season.

However, this 5-year, $125 million contract would not pay off like Dipoto hoped. Hamilton went on to bat an underwhelming .250 in 2013, and they didn’t even make the playoffs. Flash forward to 2015, the Angels had to fork over $68 million just to get rid of Hamilton, making it the largest severance payment a team had to absorb in history.

Where did Dipoto go wrong? He only looked at performance and ignored a very important factor — the human factor. Hamilton’s well-publicized struggles with alcoholism and drug addiction apparently weren’t enough to give Dipoto fair warning. Unfortunately, Hamilton suffered a second relapse into alcoholism in 2012, and then again in 2015. He never returned to his All-Star days following 2012.

Strong leaders see their employees as more than just an asset — they see them as people. They consider each person’s unique learning style and pick up on how to communicate with them. This is especially important in front offices of sports organizations. They need to factor in both the player’s performance data and the human factor before deciding to bring them onboard.

All major sports contracts come with a high level of risk, but this one didn’t seem to receive a calculated assessment before the signing was made. Sports managers need to learn how to balance the numbers with the human element of their talent. Always factor in the liability of an employee’s past behaviors during your decision-making process.

In 2012, the Washington Redskins traded three first-round draft picks and a second rounder to the St. Louis Rams for the Rams’ number two pick. This lead them to signing Robert Griffin III, also known as RG3, as their starting quarterback.

They laid out the future of their team for one high-ranking pick. While RG3 earned NFL’s offensive rookie of the year in 2012, he has since stumbled, and the Redskins only won seven games in the following two seasons.

Sports managers need to see the long-term when it comes to talent. Taking calculated risks is crucial to successfully managing a professional sports team, but this move was narrowly focused on the short-term, with seemingly no consideration for the years to follow.

Making these calls also requires a lot of teamwork and collaboration. It takes a lot of executives to run a successful organization, especially in talent management. There’s the scouting program, the CEO, general managers, and player personnel to name a few.

Good managers know how to lead, but they also know how to listen. They make sure each department has a voice and take all perspectives into account when strategizing and planning the short- and long-term of the organization.

One of the best team players in sports management is now a household name, thanks in part to Brad Pitt’s portrayal of him in the 2011 film “Moneyball.” Billy Beane, Executive Vice President of Baseball Operations for the Oakland Athletics, is known as one of the most progressive and talented executives in sports.

But he’s not without his shortcomings. In November 2014, he traded All-Star third baseman Josh Donaldson to the Toronto Blue Jays. Why move such a great player, who later went on to lead the Blue Jays to the postseason?

According to multiple reports, Beane and Donaldson got into a heated argument when Donaldson wanted to take some time off. This personality clash may not be the main reason for the trade that left people scratching their heads, but many suggest it did have some sort of influence.

To Beane’s credit, he minimizes these types of issues with hiring the right people. As he has said in multiple interviews, he surrounds himself with a team of experts. He doesn’t try to be the smartest guy in the room.

Instead, he focuses on hiring people who specialize in different domains, like sports analytics. After all, it’s his use of numbers and analytics that made him famous.

The simple truth is that one person can’t successfully manage a professional sports team. They need to remove their ego and build a team of advisors who can help them with making the right decisions.

For those vying for sports management jobs, start thinking about where you want to be in a professional organization. What role best suits you? What skills and experience do you bring to the table?

Consider these major mistakes as cautionary tales, and know the importance of calculating big risks, balancing your short- and long-term vision, and learning how to hire the right team and how to listen to their input. These traits make up a strong leader and a successful sports manager.

How are you marketing your skills during your search for sports management jobs?