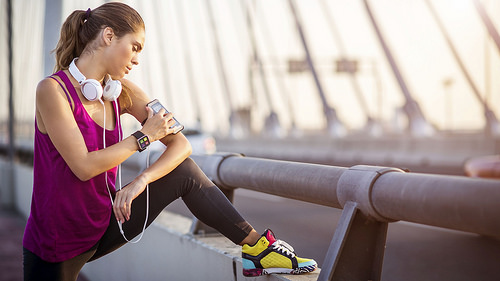 With the ever-changing world of technology, all industries are being impacted in exciting new ways. The sports industry is no exception. Here’s how new technology is changing jobs in sports and how the industry is evolving:

Wearable technology is fast becoming a billion dollar industry — and for good reason. More advancements are improving the accuracy and efficiency of tracking and measuring important performance data.

In the sports world, this new technology is becoming an integral part of an athlete’s rehabilitation, empowering them to track their progress. Wearables provide important data like heart rate and calories burned to help athletes train and recover more efficiently.

A February 2016 survey from Athlete IQ titled Voice of the Athlete found that 77.5 percent of the 763 athletes surveyed said they use wearable technology to measure and analyze improvements, and 60.4 percent say they use it to improve performance. The possibilities are endless.

Coaches and athletes alike are changing their training regimens and making use of data to optimize their workouts. The more you can measure, the more you can improve upon. With more impactful training programs, athletes are getting stronger, faster, and more precise — all of which are vital to being successful in the competitive world of professional athletics.

Technology is addressing the human factor of refereeing. To make the right call in a quick play, like a second baseman tagging a runner or a wide receiver landing two feet in bounds, is not an easy job to do.

Instant replay in organizations like MLB and NFL has found its place in correcting missed calls by the referee and umpire. Some organizations are implementing other forms of technology to help get the call right.

For example, in the 2014 World Cup, FIFA introduced goal-line technology to help determine whether or not a ball crossed the line. Soccer also just recently adopted the use of a Video Assistant Referee (VAR). A top level referee will convene with video technology experts and monitor MLS games to detect clear errors in goals, penalty kicks, direct red cards, and mistaken identity.

Marketers love social media. These outlets, from Facebook and Twitter to Snapchat and Instagram, pave the road for several new and exciting ways to engage with fans and consumers. Campaigns can be meticulously tracked on these channels, leading to highly effective marketing efforts that are bound to improve sales and engagement.

For example, in 2011, the MLB introduced the Fan Cave in New York City, which became their major social strategy. According to Tim Brosnan, the Executive Vice President of Business for Major League Baseball, “The Fan Cave grew in part out of a desire to bridge that gap between fans watching baseball on TV and talking about it with their friends.”

All sports organizations are finding creative, fun ways of engaging their fans with brands. Kenton Olson, the Digital and Social Media Director, ran a successful campaign for the Seahawks, integrating Starbucks, Twitter, and Snapchat. They co-branded Starbucks sleeves to include Snapcodes that gave participants exclusive Snaps from the Seahawks organization.

Sports marketing jobs are some of the most important jobs in sports because they serve to expand the reach of their brand to compete for their audience’s attention in a content-rich environment. How can you keep people interested when there are countless other stimuli competing for their attention? Be creative and make the most out of the new technologies emerging in social media.

Apps like Coach’s Eye allow for recording and deep analysis of athletic form and technique. Coaches, trainers, and athletes alike are empowered with these awesome tools to inform their regiments and focus on faster, safer, and more effective performance improvement strategies.

Ultimately, technology is pushing performance to a whole new level. The days of reviewing grainy tapes in the locker room are over. These new apps offer you instant feedback, giving coaches the ability to make corrective adjustments to their training methods, the athlete’s form, and execution of the workout.

Ultimately, these new technologies are massive steps in the right direction toward the main goal — an industry that is safer for athletes and that is more connected in the world of coaching, marketing, and beyond.

What are some other ways new technology is impacting jobs in sports?