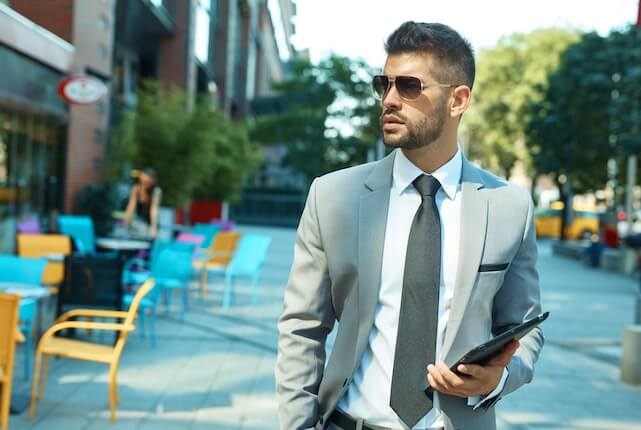 You’re in your late 20’s, making a living as a sports journalist when you realize that you want to make a change. The whole journalism industry is rapidly evolving, leading you to follow a new passion of yours — public relations.

This is how Christopher Navalta went from a sports writer to the account supervisor at Blanc & Otus, a technology communications agency, and a publicist for Adonal Foyle Enterprises. 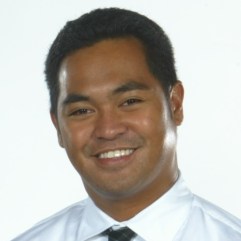 “I saw the writing on the wall when I noticed the constant decline in the newspaper industry. Online media was beginning to get bigger, and I was trained and educated the traditional way.”

When faced with an evolving industry, Chris was able to adapt and establish himself as a publicist and marketing professional.

Let’s take a look at what he has to say about becoming a well-rounded professional, making a career change, and working in Sports Marketing and Public Relations (PR).

Sports Marketing and Public Relations Jobs: How to Get in the Game

From Writing to PR

Chris began his career as a sports journalist. His media relations experience includes work with the Sacramento Kings and the Sacramento River Cats, before eventually making a jump into sports PR.

“Fortunately, I had developed relationships with some of the PR people working for the pro sports teams I was covering and saw an opportunity to make a transition,” he says. “I practically had to start all over, going from a full-time sportswriter to a media relations intern for an NBA team.”

Over time, he built a large portfolio and earned some recognition from teams, agencies, and athletes. Patience and sustained action are what carried him through his career transition. “I continued doing what I enjoyed. Writing.” he says.

While interning part-time, he picked up freelance writing jobs for sports sections of local newspapers. “I was getting paid by the assignment, but I was building my portfolio as a writer, which would eventually help me in PR because they landed me gigs working as a senior writer for the Sacramento Kings’ official website and as a ghostwriter for a few professional athletes.”

Making a career change is really difficult, especially when you’re looking to make a career change in the highly competitive sports industry. The idea of starting over can deter many people from even trying, but Chris understood the importance of making this leap.

More importantly, he knew to challenge the common advice that halts job seekers in their tracks. “One of the most common things people say is that there’s so much competition that job seekers might want to consider another career path,” he says. “Why would you say that to someone?”

Competition should never deter someone from applying themselves to pursue a meaningful career. Jibe’s 2014 Talent Acquisition Survey found that 80 percent of job seekers find their hunt to be time-consuming, with 78 percent saying it’s stressful. Even 60 percent of them went so far as to say their job search is painful. But enduring this is part of the process of reinventing yourself professionally.

What did Chris do in the face of starting his career all over in his late 20’s? He started networking.

“As a journalist, it’s always good to develop relationships with PR people anyway. But for me, I was always intrigued by the business side of sports,” he says. “The best thing I did was keep all of those business cards I collected because when it came time to send out my resumes, I had developed strong enough relationships for them to know who I was as a writer and a communicator.”

His belief in consistently working hard has proven to be true in his own career. He continues to promote this message to job seekers today. “Yes, there’s a lot of competition out there, but we all had to start somewhere. Just keep at it and good things will eventually come.”

Emotion is high in sports. For fans and athletes alike, a major event evokes inspiration and pride, but with that comes a risk for fear, anger, and frustration. These emotions don’t have a place in jobs in sports, especially with marketing and Public Relations (PR).

Chris sees the importance of distancing yourself from the fandom side when it comes to being professional. Of course, sports job seekers need to be passionate about the industry they work in, but failing to balance the passion from fandom can have negative effects on your career.

“Just because you’re a die-hard fan doesn’t make you an expert in sports management or sports business,” he says. “In fact, that notion could be counter-productive because decisions will potentially be made emotionally rather than tactically.”

As he points out, sports job seekers often underestimate what it takes to succeed in the industry. Just like most professions, it takes a lot of hard work. Chris’s advice is simple: “The best thing job seekers can do to stand out is to simply work hard and take initiative.”

Sports Public Relations (PR) and Marketing requires more than just a degree. These professions are competitive, especially in the world of sports, which is why job seekers need to focus on building important skills.

According to a 2015 LinkedIn study, published in January 2016, communication skills are the most in-demand soft skill, which is especially true in Sports Public Relations and Marketing. Many positions require you to communicate with various audiences and through different media.

Chris emphasizes the importance of communication in sports marketing roles, but he also values a specific kind of communication. “When I speak with high school athletes about potentially having a career in sports, assuming they don’t grow up to become professional athletes, I always encourage them to develop writing skills.”

“Efficient writing will take someone a long way in this business,” he continues. “It could lead to roles such as managing social media accounts, writing press releases and blogs, or creating content for the company or player’s website.”

On top of hard work, dedication, passion, and communication skills, Chris highlights the importance of creativity in Sports Marketing and Public Relations (PR). “Working in sports also means having a creative mind and thinking critically,” he says. “Don’t be afraid to come up with ideas that could better the brand of your team, organization, or player.”

Chris’s success in sports marketing and PR, as well as journalism, is a testament to how effective his advice is for sports job seekers. With disciplined, committed action, job seekers can stand out during their search for jobs in sports and land their dream role as a publicist or sports marketer.

What strategies do you follow during your search for jobs in sports?