Super Bowl 51 established itself as, arguably, one of the best sports games in history, setting several records — the first overtime in Super Bowl history, the biggest comeback, the most passing yards by any team. It was hard to top last year’s big game, but the Atlanta Falcons and New England Patriots certainly did.

However, it was so much more than a football game. We all love sports because they tell stories, and we see our lives through the lens of our favorite athletes or teams. These stories, like Super Bowl 51, center on overcoming adversity — a common theme in the job seeker’s journey.

You can’t overstate the value of teamwork in football. The Falcons’ Matt Ryan had a great game, completing 17 passes for 284 yards and two touchdowns. He also had support in the backfield with Devonta Freeman running for 75 yards.

Their defense played a big role too. They forced a big fumble in the first half, which led to their first touchdown, and Robert Alford made a big interception that he returned for another six points.

The Falcons dominated the first half with a balance between a tough defense and a strong offense. Remember that as a job seeker, you have a team you can rely on too.

For example, before you submit your resume and cover letter, ask family and friends to read them over. They may help you find errors you would otherwise miss.

Also, never underestimate the value of networking. Join groups online and attend networking events. You can meet people, earn referrals, learn more about your industry, and get some tips and advice on how to thrive.

It’s also good to surround yourself with positive people. If you spend time with naysayers and complainers, you’re bound to pick up their bad habits, instead of focusing on taking action. Positive people, like industry thought leaders and colleagues, can help you overcome job search setbacks.

Setbacks and misfortune were a major theme throughout Super Bowl 51. The Patriots trailed the entire game until the final minute of regulation. LeGarrette Blount fumbled in the second quarter to stop the Patriots’ first promising drive of the night. Brady threw a big interception, giving the Falcons a 21-0 lead with just over two minutes left in the first half. Stephen Gostkowski missed an extra point in the third quarter.

Despite all of these setbacks, the Patriots came back to defeat the Falcons 34-28.

As a job seeker, you will experience upsets and disappointment. That interviewer may not follow up with you. Your connection may not submit a referral for you. Your application may not even be seen by a hiring manager.

You need to prepare for these setbacks. Otherwise, the stress can consume you. A February 2015 study published in the Journal of Applied Psychology found that levels of agreeableness, openness, and conscientiousness decreased over time in unemployed participants. With more obstacles popping up along the way, you need to brace yourself and learn how to manage stress.

When you face a setback, step away. Then regroup after you let yourself process it, and get back to your job search. Reaffirm your belief in yourself by looking at your past experiences and skill set, then refocus your search on companies that matter to you.

You’re feeling overwhelmed because you need to organize. You want your strategy clear and rigid so you don’t waste too much time reading the same job postings over and over again on job boards. Add structure to your job search, and reward yourself as you complete tasks on your to-do lists.

Focus on the Bigger Picture

If the Patriots lost sight of the endgame, they would have given up at halftime. However, despite never having the lead in regulation, they stayed focused on the bigger picture — winning the game. They took it play by play, and strategically executed an amazing comeback.

You need to remember the hiring process is long. According to a Glassdoor study from 2015, the average length of the process in the United States is 22.9 days, which is up from 12.6 days in 2010. This requires patience.

Stay focused on the long-term goal of finding a career opportunity that aligns with your values and your professional goals. For example, if you have an offer for a position that is outside the career path you want, then perhaps you should hold off on settling and pursue a more meaningful job that fits into your professional goals.

The NFL can teach you a lot about career management when you want to enter the sports industry. Super Bowl 51 taught us a lot about patience, teamwork, dedication, focus, and faith in yourself. Use these lessons to score your next career touchdown.

What job search lessons did you learn from Super Bowl 51? 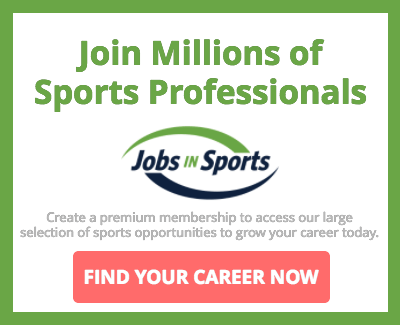