One of the hottest stories in sports in 2018 is the NHL’s Vegas Golden Knights and their impromptu run to the Stanley Cup Finals. While there are lots of hockey-related decisions that can be analyzed, dissected, and learned from this new NHL team, there are also several sports values that can be gleaned from their Cinderella story. 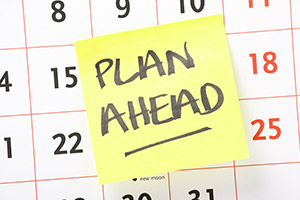 The man in charge of putting together the Vegas Golden Knights, George McPhee, had the tallest of orders when he took the job of General Manager. He had to take an empty roster, fill it, and wheel and deal with other teams to make the Knights competitive out of the gate. McPhee had 11 months from the day he was hired to the day of the Expansion Draft to plan and prepare. Just 11 months to build a team from scratch.

The team scouted and scouted, all while compiling best and worst-case scenario lists. The NHL Board said every team could only protect eight skaters and one goalie. The requirements can get confusing, but a given team had to have at least two exposed forwards under contract, as well as one exposed defenseman and one goalie under contract, all of whom had to meet requirements for games played.

Naturally, McPhee and his executives were bound by the protection requirements of other teams. The Vegas staff had their work cut out for them. Despite low expectations, they picked their top guys (like Marc-Andre Fleury, three-time Stanley Cup-winning goalie from the Penguins) and created a formidable roster that would take them to the Stanley Cup Finals. 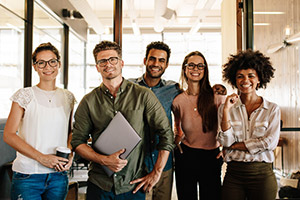 There are dishonest tactics in the business world, such as rounding out your staff with people that you know can’t take your job. In some ways, this idea might make sense as you’d have job security, and hiring someone smarter than you might put your job at risk. However, George McPhee does not abide by these tactics, and neither should you.

McPhee started off by hiring Kelly McCrimmon as his assistant. McCrimmon won the WHL (a junior hockey league in Canada) championship twice, the Eastern Division 10 times, and the conference championship six times. He led the Wheat Kings to five Memorial Cup appearances (once as a player, twice as GM, and twice as GM & coach); was named WHL Executive of the Year in 1995, 2010, and 2015; was named CHL Executive of the Year in 2010, and served as an assistant for Canada at the 2016 IIHF World Junior Championship. This “assistant” general manager was no slouch and had quite the resume to boast.

McPhee also hired a head coach in Gerard Gallant, who was infamously, and unceremoniously, fired earlier in the season by the Florida Panthers. Not only is Gallant a well-respected hockey mind, but he was also a coach for another expansion team in the NHL, the Columbus Blue Jackets. Columbus began their foray into professional hockey back in 2000, so this wouldn’t be Gallant’s first rodeo with an expansion team.

While the hires of McCrimmon and Gallant were smart, McPhee still had a smarter hire up his sleeve. A move that some might consider a genius. McPhee recruited former NHL Assistant General Manager Lawrence Gillman to join the staff. That part of Gillman’s resume would be impressive enough to hire, but what’s more, is that he wrote the rules for the expansion draft. Contracted by the NHL, Gillman was the man who was tasked with putting together the rules and regulations for teams’ player protections, what trades were and weren’t allowed around the expansion draft, and many more ins and outs of the draft itself. He was the man who knew the most about the expansion draft, bar none.

So, if you’re the man in charge of abiding by the rules of the expansion draft and looking for insights, who better to hire than the man who literally wrote the book on it? McPhee was head of the game by surrounding himself with smart people.

Sports value #3: Never give up 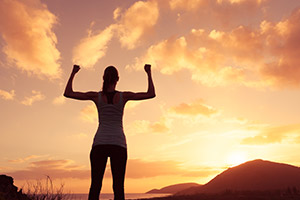 When the 2017-2018 NHL season opened, the Vegas Golden Knights were listed as 200-1 odds to win the Stanley Cup. That is not surprising, given they were a team of hand-pickings and cast-offs. However, the Knights didn’t let the hockey critics stop them. In their first pre-season game, they won 9-4 in convincing fashion. Then they won their first regular season game. Then they won eight of their first nine games. By the end of November, they had a 15-9 record that included multiple win streaks.

No one expected the Knights to be this good this soon. Even the players themselves didn’t expect success this quickly. When the critics piled on, the Knights continued to march on. By the end of the season, the team found themselves at the top of their division with 109 points.

The players could have sulked when their former teams let them go. They could have even thrown in the towel and given up. Taking a player out of their comfort zone can be a tricky thing. Both athletes and professionals take moves personally, even though it’s business. But the Vegas players did the opposite. They battled through adversity and pushed towards a goal that most had only dreamed of – a Stanley Cup. 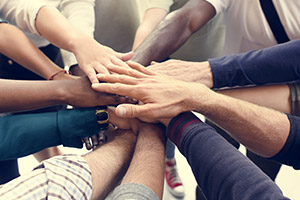 This amount of success for an expansion team was not only unexpected; it was unprecedented. Most of the Golden Knights would have never played together over the course of their careers and were expected to bond together in a new city with new line-mates and a new team.

Not only did they do those things, but they also did them as a team. In the dressing room, they branded themselves as the Vegas Golden Misfits and rallied under that banner all season. They leaned on each other more than ever before. Some players had the best seasons in their careers, propelling the team to unimaginable heights.

The Vegas Golden Knights are living proof that teamwork is the main ingredient to success in sports.