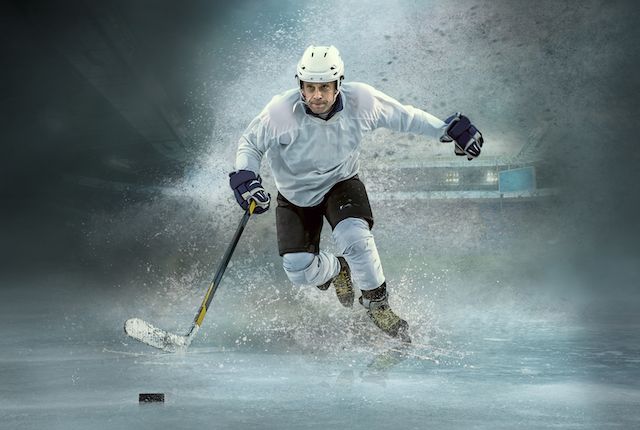 Hockey season has arrived! As a hockey fan, it’s likely you’ve dreamed about working in the National Hockey League at some point in your life. When most of us think about having a career in the NHL, we might envision becoming a player, coach, or even a referee/linesman.

If there’s one thing we know about jobs in the NHL, it’s that you must put in the work to get one. And when you land that job, the work can be quite demanding.

Landing an NHL team job can be a daunting task as this is arguably the highest level of professional hockey. It takes time and research, and believe it or not, attaining an NHL job is more conceivable than you think. Here are eight NHL careers that are certainly worth shooting for.

Have you ever watched an NHL game, either in-person or on TV, and witnessed a player takes a big hit, get back up and continue playing, only to be pulled from the game moments later? If so, the person responsible for pulling the player out of the game is known as the central league spotter.

With the increasing attention surrounding concussions and their impact on players, the NHL decided to update their concussion protocols. Central league spotters are hired to assist the league in determining whether or not a hockey player exhibits the signs and symptoms of a concussion.

Often, requirements to apply for the position include:

If you enjoy attending sports games, snapping selfies, posting videos of players preparing for the game, and are generally glued to your phone, why not get paid for it?

Every NHL team has a live social contributor that acts as the eyes and ears of fans by “capturing videos and photos that offer fans a unique look at what it’s like to be in the stands with the most passionate fans, down in the tunnel as players enter the ice, and behind the scenes.”

There are full-time and part-time options for the particular position and certain qualifications must be met to apply, such as:

Are you a social media maven that also happens to love hockey? Are you glued to social media, constantly consuming content and regularly creating your own? Then this could be your dream NHL job!

After fans and teams alike watched the Vegas Golden Knights Twitter dominate the sports social media scene, teams are looking to beef up their social media departments and are willing to take more risks. If you think you’ve got the chops, then running a team’s (or the league’s) social media accounts could be an incredibly enticing NHL career.

This job would run the organization’s Snapchat, Twitter, Instagram, and other avenues. Plus, it allows for significant behind-the-scenes access that most fans would never be able to experience.

As evidenced with a successful social media presence, the NHL is aiming to keep up with trends around the world. Rather than let technology pass you by, forcing you to react, it’s important to go with the flow of trends as an app developer.

The NHL has a mobile app, as do many of the league’s teams, and these applications require a lot of care and attention. Your duties as an app developer would oversee design methodologies and tool sets, completing programming assignments, and conducting tests. That sounds technical (and it is), but if you’ve got coding and development skills you should have no problem performing in this NHL team job.

If you’ve got a background in journalism or sports writing, then you’ve got a shot at this NHL team job. This job requires someone with versatile writing skills to lead the in-game communications team in bringing facts, figures, and storylines to life. At the league level, this is more than 1,300 games each season. That’s right, 1,300 games. You’d be paid to generate interest to nearly every NHL game.

As the communications manager, however, you would need to make yourself quite available, spending your days writing about hockey, following games in the evenings, and putting it all together on weekends. If you’ve got the time to dedicate towards this job, then you could find yourself conversing with players and staff around the league.

With a passionate, keen eye for hockey, consider pursuing a job in scouting. This NHL career involves a lot of travel, and you could find yourself traveling across North America or overseas to other countries. If you’ve ever looked for a way to see Sweden, Finland, Russia, and other European countries known for producing hockey talent, then scouting could be for you! Salaries for NHL scouts can range anywhere from $50,000-$150,000 a year depending on your level of experience.

Keep in mind that to get an NHL team job in scouting, you’ll need to work your way up. This could mean many hours in cold, small town rinks, scouting talent on lower-level leagues. NHL scouts are typically on the road more than 200 days a year, which means little time at home. But if traveling is one of your passions, a job in scouting is worth shooting for.

Becoming an NHL general manager is obviously a rare opportunity. Making trades, signing free agents, and working with rosters is what fans do in their heads, but without the seven-figure salary. Why not aim for a full-time job doing it?

Once again, a full-time job in hockey requires a significant time investment, especially around free agency, the trade deadline, and many other days throughout the year where management work is ongoing. Becoming general manager is a lofty NHL career goal to set, but by putting in the time and working your way up, you might get there with experience in hockey management and connections in the industry.

For those with coaching aspirations no matter the level, coaching in the NHL may be a dream job. It’s a high stress/high reward job in many ways – you get to work with the players, provide instruction and mentorship, and serve as team leader.

How likely is it to get there, though? This NHL team job requires a few more prerequisites than others. This is another career that you’ll need to put in serious work for. Unless you’re a former NHL player, you’ll likely have to coach your way through the ranks for years to achieve this dream. However, the payoff could be incredible. If a dream job like this is worth chasing, then it certainly won’t be easy to attain.

Whether you’re a newbie looking for a sports internship to kickoff your sports career path, or a seasoned pro looking to take the next big leap, Jobs In Sports can help you get there. Sign up today to gain access to the largest sports job board available and receive regular notifications of the most current job postings to get you on the path to success. Don’t wait. Your dream job awaits!