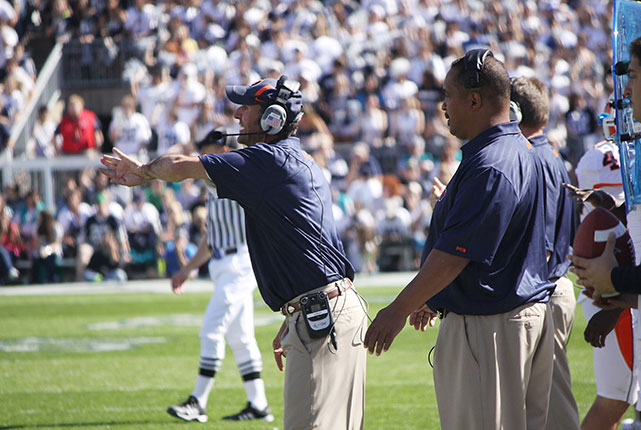 Wondering what college football coaching jobs are available? If you’re interested in this type of career, you need to know that the head coach is by no means the only role teams need to fill. In fact, there are many other vital roles on the coaching staff may appeal to you.

The following examples are some of the best college football coaching jobs to consider. Although each is unique, they all share one commonality: providing you with valuable coaching experience. 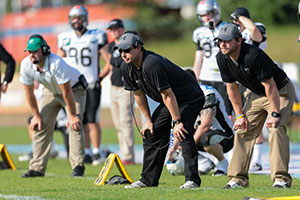 Luckily, the experience you would get in this type of role is extremely valuable. As the name implies, it typically involves helping the head coach execute their goals, such as leading a football team to victory on game day. Having the opportunity to work side-by-side with the head coach provides valuable experiences you may not gain in other positions. 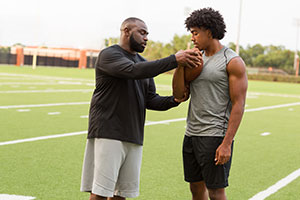 In college football programs (and NFL teams, for that matter) it’s not uncommon for players in key positions to have their own position coaches. These professionals work directly with a given group of players to help them optimize their fitness, skills, and strategy. 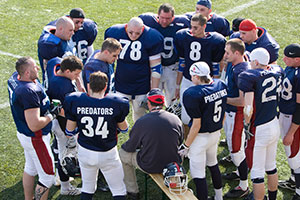 Just as individual players work with their own specialists one-on-one, so too do the defense and offense teams work with coordinators who specialize in certain areas of coaching.

Developing strategies, plays, and game plans for either the offense or the defense will help you gain a better understanding of the various components of coaching. On top of that, offensive and defensive coordinators often manage their own assistant coaches, providing them with the management experience needed to thrive as a head coach. 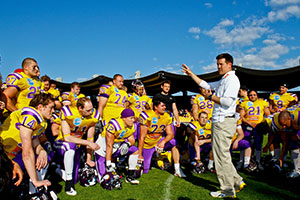 The special teams coach serves the same purpose as an offensive or defensive coordinator. The key difference, as the name implies, is that they work directly with the special teams.

Don’t dismiss this as one of the less appealing college football coaching jobs! The special teams players play vital roles in the success of their teams. From on-side kicks and kick returns, to game-ending field goals, they can make the difference between a win or a loss on game day. 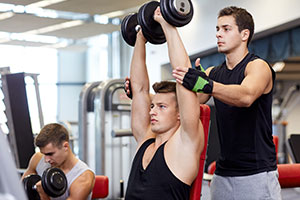 It’s no secret that college football players need to be in peak physical fitness to succeed. That’s what makes the position of strength coach so essential. In this role, you will help players build and maintain their strength during the season, potentially develop training programs during the off-season, and coordinate with other important members of the staff to make sure training programs are both safe, and aligned with the team’s overall goals. 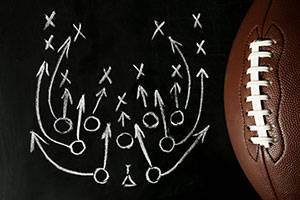 It’s important to understand that there are various paths to a college football coaching job. You’ll need to explore your options to determine which is right for you.

For instance, many young graduates who played football in college but have since ended their playing careers work as graduate assistants (usually while taking graduate courses) when they first begin the next stage of their careers. While these positions are similar to internships and may be unpaid, they still provide valuable experience in a low-pressure environment. A graduate assistant learns the fundamentals of coaching without typically being required to make major coaching decisions, helping them develop the skills and knowledge they would need as they move on to other positions.

Graduate assistants also tend to “wear many hats.” They often work with many different people on the coaching team, including the head coach, assistant coaches, and position coaches. As a result, they get a broad overview, helping them better determine what specific position they may want to fill in the future. Consider this option if you’re a student-athlete looking for a way to break into coaching after you stop playing.

Regardless of which position you’d like to fill, serving as a member of a college football coaching staff is a rewarding experience. You get a unique opportunity to help young athletes work together towards a common goal while doing something you enjoy.

How to Become a College Football Coach

What Types of Jobs Can You Get with a Strength and Conditioning Degree?

NFL is the Entry Point for Professional Football

How to Become a Strength and Conditioning Coach