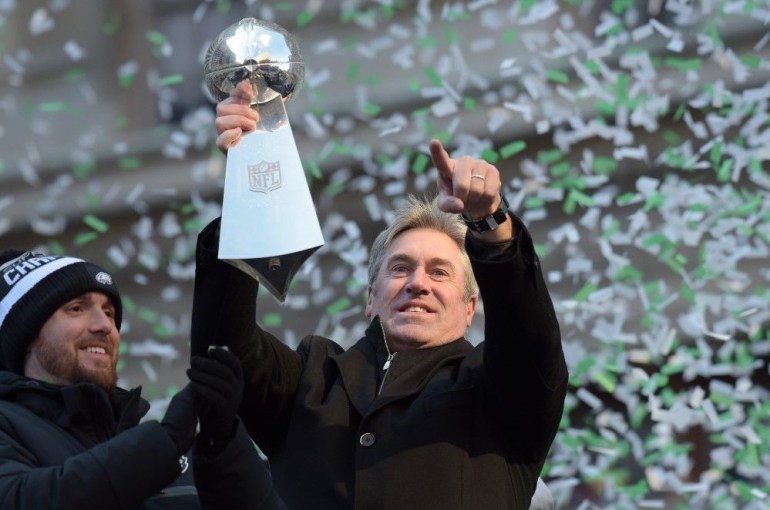 Who’s going to be fired – and hired? With Black Monday approaching in January (a day dreaded by NFL coaches), NFL jobs are about to pop open and filled at lightning speed. NFL coaching hires and fires are breaking news and get us talking about the controversy for weeks. Why’d they fire him? Who’s the next hire? Did they seriously let him go? What the hell were they thinking?

But do you ever think, “Will they hire me?”

As a football fan, it’s difficult not to watch a game and get inspired by the athleticism, coaching, and leadership. The big plays. The roar of the fans. The bright lights and cameras. It makes you want to jump in and be a part of it all.

But, let’s face it. We aren’t all cut out to be star athletes. Luckily, you can still be a part of the action without having to strap on a pair of cleats. If you understand the game – I mean, really get it – and grind, you can make it in the big leagues.

Do you have what it takes to be an NFL coach?

It goes without saying that the head coach gets all of the glory. They are the leader of the team. Take the success of Bill Belichick of the New England Patriots. Love ‘em or hate ’em, he’s known for building an NFL dynasty. However, it took him years of hard work, networking, and studying the best to become the coach he is today.

Also, he didn’t go it alone. He’s been supported by equally successful coordinators and position coaches who’ve worked ridiculous hours to make sure the X’s and O’s are on point. It truly takes a team effort to be the best.

While being a head coach is the NFL is a monumental feat, it is not entirely impossible. If you don’t start while you are in school, the odds are stacked against you. Of course, having some experience on the field, even if it’s just high school ball, is a plus but not a requirement. In the league, if you know the game – and the right people – you’ll get a job.

Head coaches don’t get hired as the leader of the team right off the bat. They work their way up the ladder, usually from a coordinator position. However, there are cases where position coaches have been hired to lead the team.

Here is a list of the common types of NFL coaching jobs: 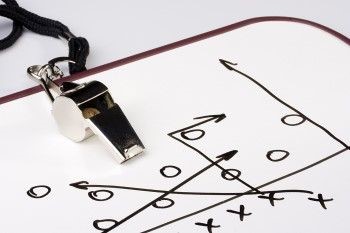 Let’s face it. Not everyone is cut out to be an NFL head coach. And, not everyone wants to be. For those who genuinely understand football, they get that coordinators, while not the face of the team, are often the ones calling the plays and working alongside the HC to get the win. That is often more appealing to those interested in coaching.

Whatever your passion or your calling, know that you have to work VERY hard to get a coaching job in the NFL – unless you are born into it.

The key to landing a coaching job in the NFL is networking and internships. You cannot succeed in this league without it. You’re not required to have a Bachelors’s or Master’s degree to be a football coach in the NFL. If you’re interested in pursuing a coaching career, you’ll want to focus on the X’s and O’s and make sure you know the right people.

Also, it’s crucial for you to intern. They want experience. They want to know you understand the game and are willing to put in the work to get the job done. Being an intern with the NFL is a grueling job. You will be expected to work long, often unpaid hours, and holidays aren’t off. Do you love watching NFL on Thanksgiving? The NFL isn’t a 9-5. It’s a year ‘round event.

NFL internships are highly competitive. Everyone wants one, and they’re looking for the best of the best. They aren’t going to wait around for you to send in your information. If you want to be a coach in the NFL, be relentless in your pursuit of an internship. Apply, follow up, and follow-through. If you get a rejection, go for the next one. Don’t take no for an answer. Get in the game.

After you’ve interned, you can apply for quality control jobs within the NFL, which is the quickest way to get promoted. These days, you can be promoted during or after your internship to this type of position. If you know the right people, you may even receive a call once there’s been a turnover in the organization. Again, another crucial reason to network.

Another way to make it into an NFL career is by way of a college job. Many successful coaches in the NFL were once college coaches. However, it is important to note that college requirements for coaching differ from those of the NFL. In college, a Bachelor’s degree is necessary, and having a Master’s degree is often preferred. If you work as a Graduate Assistant (GA) in college, you’re on your way to a Master’s, so that’s a great path to take. However, if you have no plans to pursue this level of education but are determined to coach, you’ll have to network and intern to get where you want to be in the NFL.

Find out what it was like for Sean McVay when he become the NFL’s youngest coach.

Taking Your Career to the Next Level

If you’re serious about becoming an NFL coach, it’s time to get to work. Create a game plan. Determine where you are at, where you need to be, and determine what you need to get there. Ask questions, read books, study, network, and get in the game. Don’t be afraid to apply for internships. Join networking groups. Reach out to those in the industry and ask for advice. They know the struggle, and many times they enjoy providing insight on what it takes to make it. It’s your dream. So make it happen. Get out there and win!