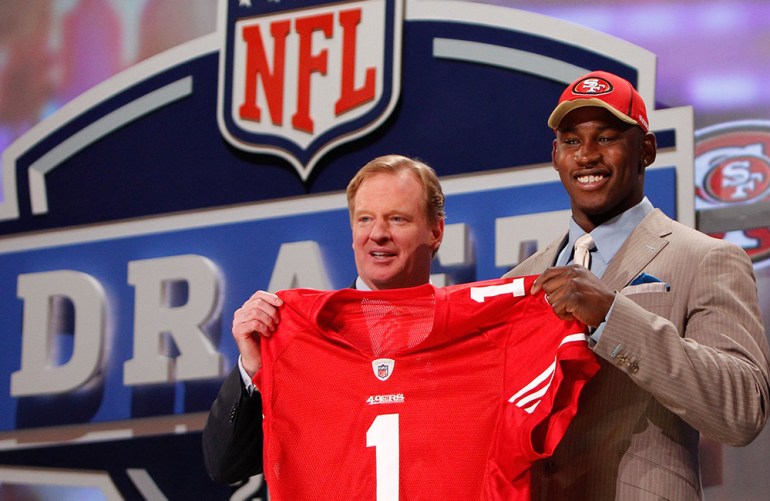 For football fans, the NFL Draft is considered one of the most important sporting events of the year. It’s a time to cheer – or jeer – your favorite NFL team. Did they make a groundbreaking pick? Or did they just ruin football seasons for years to come?

If you’re one of those fans that have always dreamed of being part of the action but lack the athleticism to be a draft pick, don’t worry. There are numerous NFL Draft job opportunities that will allow you to work up close and personal with NFL legends and be a part of sports history without having to be the next Tom Brady. 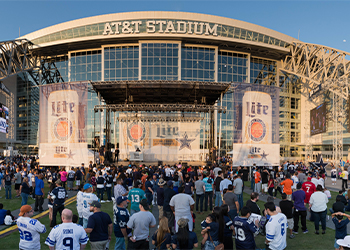 Because the NFL Draft is one of the most noteworthy events in football, the NFL, sports networks, and sports publications tend to market the Draft heavily. If you have marketing experience or are pursuing a marketing degree, landing a sports marketing job in the NFL would allow you the opportunity to be a part of the action.

The specific job you’ll fill may depend on the organization to which you apply. Yes, many marketing positions are official NFL jobs, which will involve working for the organization itself. That said, you may also consider pursuing marketing roles at a sports network, magazine, or blog.

Experience will also influence what type of sports marketing job you’ll qualify for at first. Someone with substantial marketing experience might be able to walk into a job as manager of a marketing department. If your experience is lacking, you may have to start at a lower level, or even as an intern. That said, a smart person willing to work hard could transform an entry-level opportunity into a thriving sports marketing career.

The NFL Draft is the most significant NFL recruiting event. It’s where teams find most of their new players, after all.

Naturally, that means NFL scouts play a crucial role in the Draft. Should you accept an NFL scouting job, you’ll typically travel throughout the country, meeting with talented student-athletes to identify those who might make an excellent addition to a professional roster.

There are a few different ways to become an NFL scout. Some people start their careers by working in the recruiting department of a university’s athletics program. As they progress in their career, they eventually move up to working for official NFL recruiting departments, until finally filling the role of a scout. Others break into the industry by leveraging their own experience as a former athlete. After all, those who’ve already played football at a university or professional level are uniquely equipped to determine who does – and does not – have what it takes to succeed in the NFL. 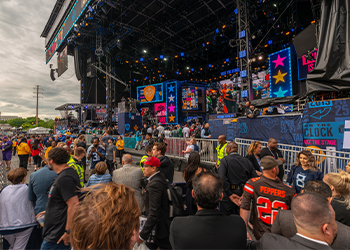 Many NFL jobs involve coordinating and organizing major events. Therefore, the people with these jobs are often highly involved in planning the NFL Draft.

Once again, coordinating the NFL Draft is a major undertaking. You need to prepare the venue for the event, manage ticket sales, and coordinate with any media outlets that may be covering the Draft – and the list goes on.

Of course, for those watching at home, it usually seems as though the Draft runs smoothly just about every year. However, a lot of work goes on behind the scenes to ensure that’s the case. Detail-oriented professionals who are talented at coordinating with others plan the event thoroughly ahead of time.

You might just be that type of person. If so, consider researching NFL jobs for event coordinators. As always, your degree of experience and expertise will determine precisely how significant your initial role might be, but once more, if you put in the work, a rewarding career may be the result.

As you might have already realized, not all NFL Draft jobs necessarily need to involve working directly for the NFL. Consider the example of journalists. Many sports news outlets cover the Draft extensively. Therefore, the event offers many opportunities for aspiring journalists and reporters.

Of course, if you get a full-time position as a journalist or reporter for a sports news outlet, you’ll likely cover many stories. The Draft may be one of them. On the other hand, if you’re interested in breaking into this line of work, you might get started by reaching out to smaller networks or publications and offering to cover the Draft on a freelance basis. You could even start your own blog or podcast to cover the Draft if you’re having trouble convincing an outlet to accept a freelance submission from a newbie. If your coverage is insightful and robust enough, you may convince others to hire you as a journalist in the future.

Pursuing jobs in sports is a smart career move. As the industry continues to grow, new opportunities continue to arise.

Choosing who to draft is one of those critical decisions. That’s why, to an increasing degree, teams have begun enlisting the help of math whizzes who can help them make sense of all the relevant data. Although this type of job isn’t quite as common as some of the others listed here, again, it is growing more and more vital to the league over time, and will thus be an even more popular NFL Draft job in the future.

These examples (which by no means represent all the NFL Draft job opportunities) reveal a key point: the NFL Draft gives people like you their first chance to start working in their dream career, but the career doesn’t need to end when the Draft ends. An early opportunity working behind-the-scenes during the Draft could very well become a full-time profession. If you’re interested in sports jobs, that’s a good reason to look into open positions.