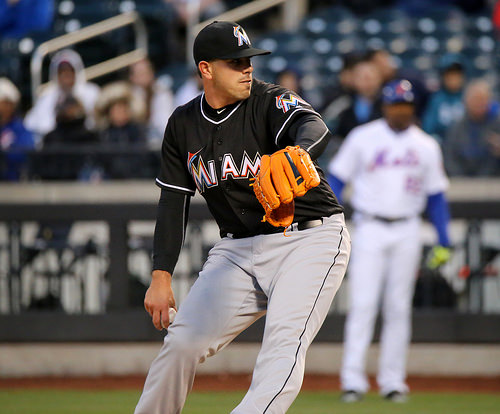 On September 25, 2016, Miami Marlins ace pitcher Jose Fernandez died in a boating accident. Following this tragic loss, it’s important to take a moment to reflect on his incredible life and his sports career.

Here are a few important lessons we can learn from him:

Four times. He tried to defect from Cuba four times. These perilous attempts at freedom landed him in jail for one year back in his home country. After he served his time, he didn’t give up.

He tried again. And at the age of 15, he finally successfully landed in Mexico. From there, Fernandez worked his way into the United States, where he settled with some family members in Tampa, Florida.

The fact that he risked his life for freedom at such a young age and pushed through even when he faced defeat is a testament to his resilience to challenges and his strength in overcoming them.

The takeaway here is simple — you can persevere through the harshest of situations if you keep trying to reach your goal.

Fernandez survived the dangers of prison life, the perils of traveling from Cuba to the U.S. in the dark, and the uncertainties of starting a new life in a foreign country. On top of this, he developed his athleticism and became an excellent pitcher in Tampa, which lead to his remarkable career.

2. Think About Your Team First

His baseball career wasn’t the only place he was a team player. He learned the importance of helping others at a young age and implemented that in his personal life as well. During his fourth attempt to defect, a wave struck the boat he was in, throwing a woman overboard. In the inky darkness of the night, he dove into the water and swam 60 feet to retrieve her.

His instinct to help someone in need kicked in and he selflessly risked his own life to save another. When he reached the woman, he realized that the person who he saved was his mother.

“I have always been a good swimmer since I was a kid, which is why I am always alert,” Fernandez told the Miami Herald in 2013. “I dove to help a person not thinking who that person was. Imagine when I realized it was my own mother. If that does not leave a mark on you for the rest of your life, I don’t know what will.”

This is applicable to all facets of life — be willing to work in cooperation with others and know how to use your strengths to achieve a collective goal.

Family was always important to him. In 2013, the Marlins organization arranged a surprise visit. During an interview, Fernandez expressed that he doubted his grandmother would be able to see him play in the U.S. because she was still stuck in Cuba.

At that moment, she arrived and surprised him. She was able to celebrate with him the next day when he won the National League Rookie of the Year award.

Not matter what your career, never lose sight of what’s most important. For Fernandez, it was family.

Regardless of what you value outside of your profession, you need to maintain a balance between work and life. He managed to stay disciplined on the field and maintain a strong relationship with his family.

Surround yourself with a positive group of people who can help you when you hit a rut, whether that’s losing a game or losing a sale. You can also rely on your personal network when you’re trying to find one of the sports careers that best fit you.

Fernandez stood out for more than just his dominant performance. He also liked to have fun. It was rare to see him without a beaming smile or breaking out in laughter. As LA Dodgers pitcher Brandon McCarthy tweeted, “We were all jealous of his talent, but deep down I think we most envied the fun he had while doing something so difficult.”

Fernandez proved the importance of maintaining your personality and having fun with your work. Staying positive during tense situations results in success. Confidence is certainly important, but being confident with a smile is a much bigger advantage.

What did Jose Fernandez teach you about life and finding success in sports careers?