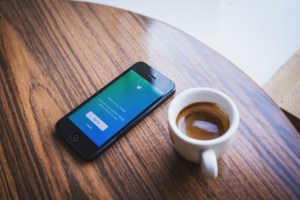 Whether you’re an avid sports fan, a current professional, or a candidate pursuing sports jobs to start your career, you need to know who to follow in the industry.

These influencers have a lot of power in sports because they are trusted sources of information and have some authority in the market. Take a look at who you should be following:

Candidates looking for sports jobs in law and professionals already working in sports law need to stay informed about updates and changes in the legal system that affect the sports world. This could center on compliance, employment law, consumer warranties, and sports contracts to name a few. Here are some the top voices to follow:

In July 2011, she started RulingSports.com, a website dedicated to analyzing legal issues in the world of sports. Alicia continues to build a loyal following by showcasing her expertise and sharing her knowledge.

Her website lead the way for her to find a bigger audience on an international platform, through ESPN radio guest appearances as well as becoming a consultant on CNBC sports segments. She frequently tweets about sports news and law.

His law firm, Heitner Law, focuses on several areas of specialty, such as copyrights, entertainment law, sports law, and contracts. Darren maintains a large base of followers by contributing to Forbes and Inc. and acting as the founder and chief editor of the Sports Agent Blog, a top resource for sports agents.

He posts about law news, content about sports agency law, and some of his contributed byline articles. Darren also released his book How to Play the Game: What Every Sports Attorney Needs to Know, in 2014, which is noted as a top resource for sports law professionals.

As a writer and legal analyst for Sports Illustrated, Michael regularly posts law news regarding athletes. When he’s not writing, he acts as the director and a tenured professor of law at the Sports and Entertainment Law Institute (SELI) at the University of New Hampshire School of Law.

Writers who work in sports follow their passion for sports entertainment and utilize their communication and writing skills. From technical writer, producer, and editor to copywriter and director, people looking for sports jobs in writing have a lot of opportunities to choose from. Learn from the best:

Author of the award winning book The Sports Gene: Inside the Science of Extraordinary Athletic Performance, David focuses on sports performance. His 2014 TED Talk earned over two million views. He used to write for Sports Illustrated as well, before joining ProPublica as an investigative journalist.

As a senior writer for Sports Illustrated, Greg covers an array of subjects in the NFL, such as political activism, weekly recaps, and feature articles on athletes like Von Miller. He previously worked as the Jets beat writer for the New York Times and the Seahawks beat writer for the Seattle Times. He will often retweet content focused on the NFL.

As the NFL Insider for ESPN, Adam is the go-to voice for football at ESPN. He started his journalism career with the NFL Network in 2004, before becoming a football analyst with ESPN in 2009. He earned multiple awards in 2014, including the Most Influential Tweeter in New York award by New York Magazine. A year later, he got an honorable mention by Sports Illustrated as the 2015 Media Person of the Year.

Chris has been with ESPN since 1991, most prominently known for reporting for the Sunday NFL Countdown. Despite his recent leave of absence from ESPN, due to throat cancer, Chris remains active on Twitter, offering his thoughts and insights on all things NFL.

Buster works as the senior baseball writer for ESPN The Magazine, and he also hosts the Baseball Tonight podcast. He started his journalism career in 1989 as the beat writer for the Nashville Banner, where he covered baseball. He continues to serve baseball fans as the leading voice for baseball analysis.

As a senior writer for ESPN.com, Jayson maintains his blog, where he keeps his readers up to date on news like player acquisitions during MLB’s Winter Meetings or new labor deals affecting start times for games in 2018. He also frequently joins podcasts to offer his expert insights on all things baseball.
What influencers do you follow in the world of sports?