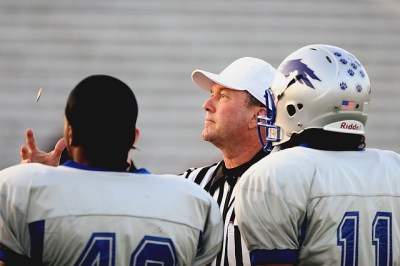 The Super Bowl is over, which means pro football teams and fans have just one month to get ready for the National Football League draft, set for April 27–29 in Philadelphia.

Reputations of NFL general managers are made and lost by their first-round draft picks. Choose a superstar and you’re a hometown hero. Pick a loser and you’re likely out of a job.

Making matters worse, determining who will thrive in the spotlight and who will wilt under the media glare is often a shot in the dark.

Why can’t quantitative analysis help in this high-stakes game?

According to Temeko Richardson, alumna of Georgetown University’s Sports Industry Management master’s program, there is a formula for success and the numbers do not lie.

Here are the quantitative factors that determine success in draft analytics:

“Traditional college scouting for NFL teams focuses on watching film and evaluating psychological assessments to gauge a player’s ability to be successful at the professional level,” said Richardson in her recent project, Deriving The Athlete’s Competition Value. “But a blended approach of research and quantitative analytics can create a competitive value for each college player relative to a team’s immediate needs to match up against division rivals for potential playoff runs.”

The value of analytics is well understood and appreciated in baseball and hockey, but football trails in accepting and using big data to provide quantitative solutions to questions that have bedeviled the sport for years.

Pedigree and position make a difference. It’s not who you know, but where you play that can often predict performance, according to Richardson. She focused her research, film study, and review of Pro Days and NFL to combine the performance of players from Texas Christian University and Baylor in Big 12 Conference. These colleges provided more plentiful film and player statistics than other comparable teams in the Big 12, Big 10, Southeastern Conference (SEC), or the Atlantic Coast Conference (ACC).

“This could have been a monumental task, so I reduced the dataset and research to two crucial positions: wide receiver and offensive tackle,” Richardson explained. “As a result, film could be graded quicker with respect to the plays called with an additional evaluation of the athlete’s physical makeup and other teammates’ impact on the success or failure of each play.”

By comparing the NFL’s most successful wide receivers and offensive tackles over the last five years, as determined by Pro Football Scout and NFL Gamebook, to TCU and Baylor athletes who played in the NFL from 2003 to 2015, she developed an Athlete’s Team Competition Value (ATCV) for each player.

“Players with ATCV results over eight should contribute greatly to a team and are worth paying two to three times the salary-cap-allocated ‘spend’ per player,” said Richardson. “Players determined to have ATCV results between five and eight are worth their salary-cap-allocated cost, while those with a value less than three will likely not last past their rookie contract, even on a practice squad.

“Beyond drafting players, the ATCV can be an all-inclusive value that can be used for evaluating free agents and for use in roster cut decisions, which are instrumental in building contending teams.”

It’s History in the Making

The ATCV is an interesting analytic, but do NFL experts agree that “quants” like Richardson bring something new to the party?

To assure she was looking at the issue from all angles, she added to her experience from her prior college scouting with the Cleveland Browns and interviewed 11 other former NFL general managers, head coaches, scouting directors, former players, player agents, and football analytics experts.

Reaching back 50 years, she also “ground truthed” her findings by talking with Gil Brandt, former Vice President for Player Personnel for the Dallas Cowboys, who is recognized as the godfather of a pro football data-based scouting system that has served as model for many other teams and the NFL.

“The ATCV provides both the value of the player entering the NFL and continuing his career in the league,” Richardson said. “The results provide insight to decision makers on how to improve the draft selection, project players who will be productive in the short and long term, and which players are worth taking a salary cap ‘hit’ to build better teams that ultimately win championships.”

Michael Fanning is an instructor for the master’s in Sports Industry Management program at the Georgetown University School of Continuing Studies.