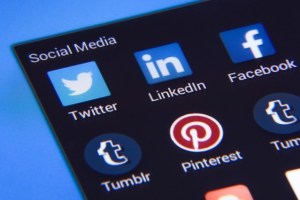 Are you interested in the world of sports marketing? Within the world of sports marketing, sports media jobs have emerged as an exciting career to promote your favorite team with creative ideas. Through the use of social media, every major sports team can promote their brand and increase revenue through ticket sales and merchandise. Which begs the question, which teams are killing it online?

The Dallas Cowboys are known as America’s team for a reason, as they have the most Facebook fans and the second largest following on Twitter. Combined, they lead the league in social media with over 11,000,000 followers. The Dallas Cowboys social media teams keep fans updated throughout the day with the latest news and transactions. With such an enormous following, the Dallas Cowboys marketing team can post links to news stories that can instantly be read by millions of fans. Recently, Jason Witten posted an article through social media about the special bond he had with Tony Romo. Through this post, Witten was able to give a unique insight into his NFL career. Unlike twenty years ago, fans now have much easier access to the players and the players have a great platform to discuss a broad range of topics.

The New England Patriots are once again Super Bowl champions, and they boast the largest following on Twitter with over 3,000,000 followers. The Patriots have the second most fans on Facebook and have over 9,000,000 followers on both platforms. The New England Patriots have largely built up their fan base through social media by contending for championships each year.  Recently, they posted a picture displaying all five Super Bowl trophies, and they had photos from their recent trip to the White House. With such a successful franchise, sports marketing becomes much easier.

The Pittsburgh Steelers are a historic franchise that has a huge fan following across the nation. They have over 6,000,000 fans on Facebook and over 2,000,000 followers through Twitter. The sports marketing team frequently posts videos promoting the players. The writers for the Steeler’s website also interacts with fans on a weekly basis through a question and answer session. Having a winning organization and steadily producing new social media content is a winning formula to building a strong fan base.

The Los Angeles Lakers have won the second most NBA championships in history and have nearly 28,000,000 followers between Facebook and Twitter. Despite missing the playoffs this year, the Lakers sports marketers continually post new content on a daily basis. Recently, they posted a video of star point guard DeAngelo Williams thanking the fans for their continual support throughout the season. The Lakers also published his exit interview, as Williams answered various questions from reporters. All of this publicity is a great way for an organization to promote a young star.

The Chicago Bulls may be best known for Michael Jordan, but they also have an enormous following through social media. With over 22,000,000 fans, the Bulls can easily advertise tickets for the upcoming playoff games. The Chicago Bulls also do a fantastic job promoting each player by posting interviews after every shootaround. In between the Bulls playoff games, fans can easily keep up with the team through team interviews and updates.

Surprisingly, the Miami Heat have the third largest following with over 20,000,000 fans on Facebook and Twitter. Although they missed out on the playoffs this year, the Miami Heat still have a massive presence on social media. Recently, they had a 50% off fan appreciation sale at the Miami Heat store. Even though the team might not be winning, it is a fantastic idea for sports marketers to show the fans that they are appreciative of them.

The New York Yankees have always been very popular, and it is no different on social media.  The Yankees have over 8,000,000 fans on Facebook and over 2,000,000 followers on Twitter. The Yankees rich history is a dream for any sports marketer. Past or present, the Yankees organization has a wide selection of superstars to market to a worldwide audience. They also provide daily highlights of each regular season game, showcasing the talent of each player that wears pinstripes.

The Boston Red Sox have a strong following in baseball, as they have over 7,000,000 fans on Facebook and Twitter. With high expectations for the season, Boston Red Sox fans regularly check social media. Each day the Red Sox continually post game previews and recaps to keep fans fully engaged. Baseball is a long season, and it is a good idea to provide recaps, as fans are not always able to watch each game. Finally, the Red Sox occasionally have contests on social media, and the winner can get free Red Sox memorabilia. Offering free items is a perfect way to keep the fans happy.

The Chicago Cubs are a historic franchise and won their first World Series in 108 years. They have nearly 5,000,000 followers between Facebook and Twitter. The Cubs continually keep their fans informed through social media with a variety of posts. Between the usual highlights and game recaps, the Cubs sports marketers also advertise various promotions for the upcoming games. The Cubs play almost on a nightly basis, and sports marketers are always looking for new and creative ways to bring more people to the ballpark. Depending on the game, the Cubs will give away tickets to the upcoming game to a fan that follows the team through social media. These incentives are a great way of promoting your team and attracting more people to follow the team on social media.

As you can see, professional organizations across the country rely heavily on the creative skills of sports marketers. Sports marketing jobs are now in high demand.  Without these experts, teams would have a much more challenging time building their brand, selling merchandise, and promoting their products. Through the use of social media, the sports marketing field has a bright future and will continue to grow each year.