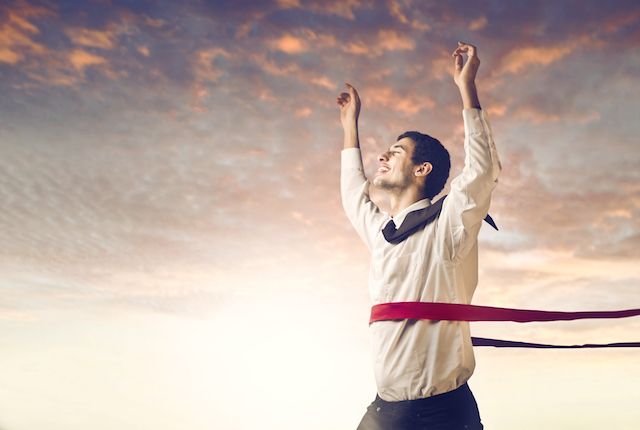 When you think about how many jobs there are in different sports, it stands to reason that these jobs are often difficult or require lots of networking connections for you to land them. That may be the case with big jobs like ‘General Manager’ or the player personnel side, but what about the seemingly easier sports jobs that people actually get paid for?

The list for each sport is long with jobs that are difficult, but here are some of the easier sports jobs to land, sorted by the league where they are found:

When you are looking for the best NFL jobs, you probably don’t consider the potential of some of the lesser known or recognized jobs.

Being part of the spectacle that is Sunday can take on a lot of different forms. There are many different areas to look into — NFL careers in media, operations, hospitality, concessions, and stadium management, just to name a few.

Imagine spending every Sunday working NFL games and getting paid for it.

The jobs: the side judge and working the chains.

Understanding that the referee crews in football do many things is easy, but do you really know about the different functions they serve? The referee is someone who we see all the time. Then you get the umpire and back judge. These are really important positions, but what about the side judge?

A side judge may be seen as the easiest of these jobs, but it is also the best job for you to learn about being an official. The side judge is responsible for noting where players go out of bounds and can even call infractions such as the false start because they are on the line of scrimmage for the entire game. Imagine that, an up-close look at the NFL game.

But, if being a side judge isn’t your speed, consider working the chains. Every NFL game needs two people to keep the measurements for 10 yards. And after each first down, all you need to do is walk the chains along the sideline. The glamor part of the job is when a measurement is called for. All you need to do is run in a straight line and extend the chain.

If the NFL isn’t for you but you love the game, consider doing this at a local high school. It may seem thankless, but it’s great experience for networking into sports jobs, all while watching football.

So, you want to be a baller? Not everyone can be, but when you look at different NBA jobs, do any stand out as jobs that could be really easy for you to land?

With 82 games in a season, there are plenty of opportunities for great NBA careers. When we start to look at careers that can get you in the game, there are a couple that come to mind. However, there is only one job in the NBA that is most often described as the “easiest” and the best part is you do not yet need to be incredibly qualified at management or marketing to execute this job perfectly.

The job: the mop guy.

Either way, the mop guy serves an important function. The job of the mop guy is to get rid of moisture like sweat off the floor, along with other types of debris. This is vitally important because players cut really hard on the NBA floor.

The mop guy is responsible for getting rid of anything on the court that can harm the player, and that’s why they all move so furiously during TV and game timeouts. You never notice the mop guy until something bad happens, but it’s an important job nearly anyone can do, and it’s an easy way to get courtside seats if you’re passionate about basketball.

Baseball is beloved as the national pastime because the game is played at a leisurely pace. There is no rush. So, naturally, you may look at baseball and think that there are many MLB jobs and easy work are boundless.

Unfortunately, easy MLB careers are not always easy to come by. Being an equipment manager, for example, is very hard work — you’re literally doing laundry every single day. However, there is one job that involves some running, but at the end of the day, doesn’t require special certifications or a degree.

The job: the ball boy.

The ball boy became an official job after the 2002 World Series where Dusty Baker’s young son was nearly run over while retrieving a bat from the field.

The ball boy is responsible for hustling onto the field to retrieve the bat after the hitter drops it to run to the base, along with getting foul balls that go into the backstop net. They also provide the umpire with new baseballs from time to time.

The hardest part about being a ball boy? The running. But, for 81 games, you have the best seat in the house at the home team’s dugout. Many times, ball boys are connected to ownership or the equipment team, but the bottom line is being a ball boy is a fun way to enjoy a baseball game.

When it comes to hockey, nothing seems easy. After all, the sport is played at breakneck speed on the ice. However, there are many NHL jobs, and some of them are pretty simple to handle.

When you talk about NHL careers that are considerably easier than becoming an NHL star, there are two that come to mind.

First, the Zamboni driver. Invented by Frank Zamboni and designed to resurface the ice, this job is actually pretty fun.

You simply drive around on a truck over the ice to smooth out all the frost and slush, but make no mistake — this does take a certain level of skill and experience to ensure the ice is as safe as possible for the players.

The Zamboni driver goes in a specific pattern to cover as much ice as possible because they have a short amount of time to perform their duty (the intermission). Many Zamboni drivers do the job for a long time — and why not? You get to watch hockey and get paid for driving big equipment around on the ice.

The penalty box attendant has a similar life in the lap of sports luxury.

They literally sit in the penalty box with a clipboard. Their job is to accurately keep track of the time of penalties. One of the attendants also sits next to a freezer and gives the referee new pucks when needed. Don’t smile too wide though with this great job — the guys coming in the box are NOT happy to see you!

Major League Soccer is rapidly expanding, and this means more opportunities to get the best MLS jobs. Many can take advantage of the multitude of MLS careers opening up in new cities like Miami and Minneapolis.

Nevertheless, it’s not as easy to come up with a list of ‘easy’ MLS jobs as the other sports because soccer is a very minimalist sport. However, if there is going to have to be one, that is an easy call.

The job: the fourth official.

The fourth official is responsible for tracking all the stoppages in play. Tracking information on time-loss from injuries, when a ball goes out of bounds, fouls called — basically, any action that stops play.

The fourth official then totals the time and at the end of the first half, holds up a clock with the number of minutes of stoppage time to play. There is one more job requirement though — the fourth official also holds up the signage for substitutions. Green is the player coming in, red is the player going out. Jobs don’t seem to get much easier than this, but it does require keen attention to detail and 90+ minutes of undivided attention.

Finding a job in sports that you love

Finding easy jobs in sports is not a hard thing to do, but getting these jobs can be another story. That being said, be on the lookout for similar sports jobs so that you can get paid for enjoying a game that you love, while you strive to acquire a career you love. Could you really say there is any better job than that?