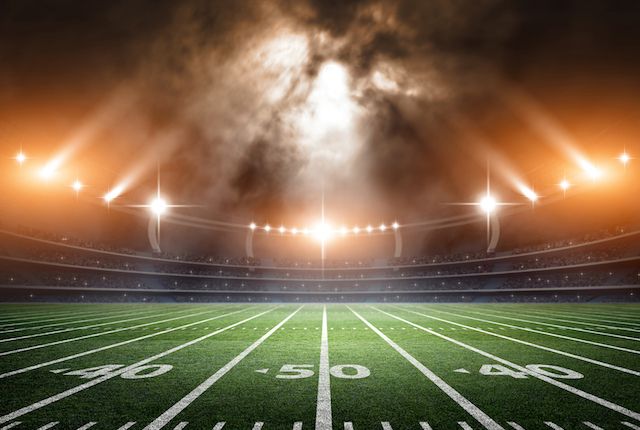 Why Start Your Career with an NFL Team Job?

When most of us think about getting a job in the National Football League, our mind gravitates towards either being a player, coach, or maybe a referee. Because we see football as a sport more than a business, we forget just how much of a production it is for an NFL team to run its daily operations.

That’s why each franchise employs thousands of individuals who might have very little to do with the actual results of the game. Yet, these individuals are arguably no less important to the league or one of its 32 franchises than the players themselves.

So, why start your career with an NFL team job? Here are four reasons you could do very well by starting your career in the National Football League.

1. Build A Career Right Out of College

The idea of being a “football lifer” isn’t just for players or coaches. Sure, some professionals with an NFL team job started their careers by doing everything from chauffeuring players to the airport to helping maintain the grounds on which the players play and practice. But every career path that starts at an entry-level position doesn’t have to result in becoming a coach.

Because coaches and members of a team’s front office (the main business office of each team which handles both on- and off-the-field matters) have plenty of duties, the NFL has the Junior Rotational Program, which offers a series of work opportunities that exposes participants to opportunities to contribute to a team’s operations. The program provides individuals with first-hand experience of what it’s like to have a job in the NFL.

While the NFL and its teams will happily accept individuals of any skill level and professional experience, the Junior Rotational Program is especially beneficial for younger professionals who have just graduated from college or are even upperclassmen. Students who will soon be graduating in the next semester or two are encouraged to apply.

Like the rotations performed by medical school students, individuals selected to the Junior Rotational Program will spend six to 12 months gaining experience in a variety of NFL operations. These NFL team jobs include:

For someone with aspirations of landing an NFL job, but lacking professional experience, this is a fantastic program of which to take advantage.

2. Get an NFL Job Working in Media

So many sports fans grow up watching their favorite sports anchors narrating NFL highlights, conducting interviews with NFL players, and providing opinions and analysis of what’s taken place on the field. Some of us aspire to be sports anchors. The problem is, getting even an entry-level job at major media outlets, especially at organizations like ESPN and CBS, is a challenge.

But what if there’s a way to get your foot in the door of the sports industry through a different avenue? Consider starting your career with an NFL team job to build your base of media experience

NFL teams have their own dedicated media staff that provides team-centric media coverage and commentary. The people on this staff have responsibilities like working as anchors on team-produced television shows, interviewing team players, and creating content for the team’s website or other multimedia outlets.

Like with any other job, the best way to distinguish yourself from the rest of the individuals vying for a small number of jobs is to show tangible experience of being able to perform the job at hand successfully. Landing an NFL team job is an excellent way to demonstrate this experience, especially if you aspire to become an NFL or sports media professional one day.

One fact that sports fans tend to forget is that NFL teams are individual business entities first and foremost. While fans want to believe that the sole focus of each organization is wins and losses, the primary focus is more on their financial bottom line like any other business.

It would make sense then that franchises want to ensure they’re maximizing revenue from their product, as well as attracting more consumers. Just like an ordinary business markets its products, the same concept applies to NFL teams.

Some (but not all) NFL stadiums are packed with fans for home games, but the marketing operations for each team is about so much more than selling tickets. Getting fans in the seats is just one small part of a team’s business operations and revenue stream. For smaller market teams that have trouble attracting fans, marketing is one of the top challenges. As a result, you’re sure to find available marketing jobs in the NFL.

Consider the fact that each NFL franchise will partner with major and local businesses for sponsorships within the stadium or of the stadium itself (e.g. the Atlanta Falcons’ Mercedes-Benz Stadium). How does this partnership take place? How do teams have premium game day products like private suites with high price tags? The team must market these products.

We still haven’t mentioned the fact that teams are maintaining a robust presence on social media, including Facebook, Twitter, Instagram, and others. This is a direct way for the team to connect with its fans and maintain a chosen brand presence, so fans eventually become loyal consumers.

Simply put, you can build a very successful career in marketing by starting your career with an NFL team job.

While you may not be able to enjoy the game day’s full experience like the ticket-holding fans, one of the perks of beginning your career with an NFL team job is that you might be able to attend the game for free.

Just like the other ancillary jobs within an NFL team focused around the other six days of the week, there are many NFL team jobs available pertaining to game day operations.
For instance, who collects tickets and ensures fans are sitting in the correct seats? Being a game day usher allows you to witness the game in person while being paid simultaneously.

On a more technical side, somebody must manage the game clock, which is one of the most vital aspects of an NFL game. There’s an entire team of dedicated staff that oversees clock management.

Further, did you know there is staff who verify the integrity of the game balls? In January 2015 there was an incident involving PSI measurement with Tom Brady and the New England Patriots, infamously referred to as Deflategate. For better or for worse, this national scandal sheds light on the fact there are many NFL jobs behind the scenes.

Ready to Start Your Career with an NFL Team Job?

These four reasons to get a job in the NFL are just the tip of the iceberg for those who want to kick off their career with an NFL team.

Remember, many successful NFL professionals started their career with an entry-level job, later becoming successful in other areas with the team. In many cases, the key to a successful career in the NFL is to take a team job in any capacity, demonstrate your value, and work your way up.