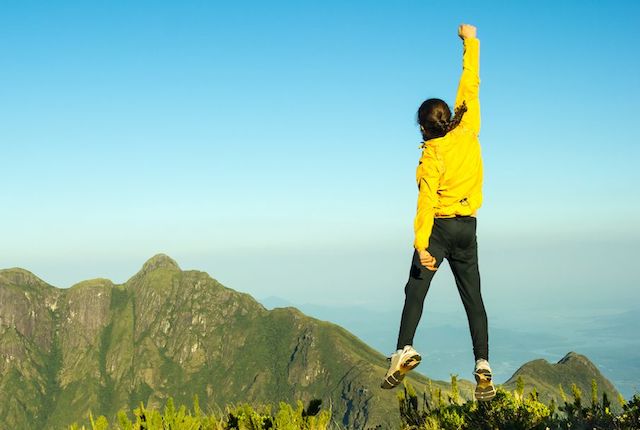 From Michael Jordan to Vince Lombardi, the sports world has left us with some amazing, inspirational quotes to keep us motivated as we strive for success in business – and in life. Luckily, they don’t just apply to athletes. In fact, most of them hold true despite our profession or path in life.

Do you need a little inspiration?

Here are some of our favorite motivational sports quotes to get you inspired on your quest for success.

“The key isn’t the will to win… everybody has that. It is the will to prepare to win that is important.” – Bobby Knight 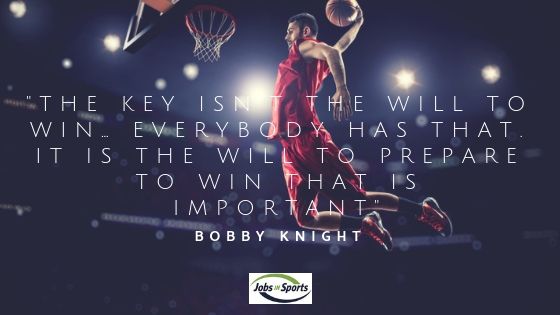 [bctt tweet= “The key isn’t the will to win… everybody has that. It is the will to prepare to win that is important. #sportsquotes”]

Knight is a long-time college basketball coach for the Indiana Hoosiers and Texas Tech, winning 902 games and 3 NCAA Championships with Indiana.

The significance to the quote is that no matter how much one desires to win, without the proper preparing, winning isn’t likely. Whether in sports or everyday life, preparing to get the job done is essential to achieve excellent results.

“It’s hard to beat a person who never gives up.” – Babe Ruth 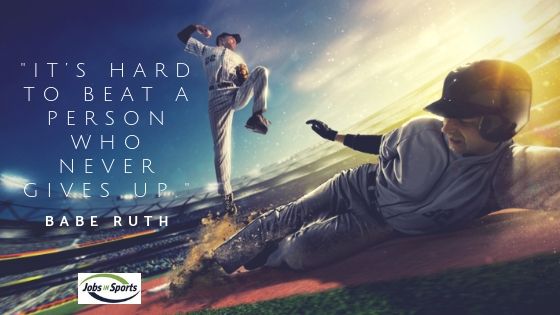 Talent alone can only get a player so far. In fact, it’s those that have the most desire and never give up, that are most successful. In professional sports where the competition is the best in the world, ultimately the one who wants it most will likely come out on top. 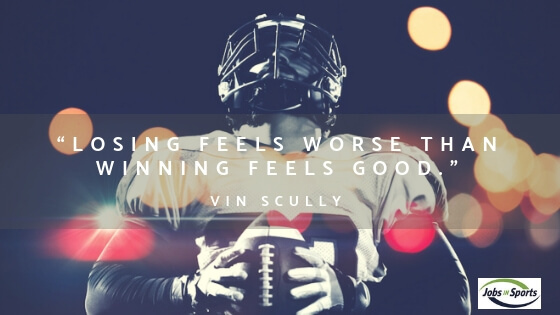 Scully is widely regarded as the top play-by-play announcer in baseball history as the voice of the Dodgers from 1950 to 2016. In addition, he announced NFL games for CBS from 1975 to 1982.

A true competitor expects good results from working hard. Therefore, losing after intense preparation is much harder to swallow than the joy of doing what one expected – winning. 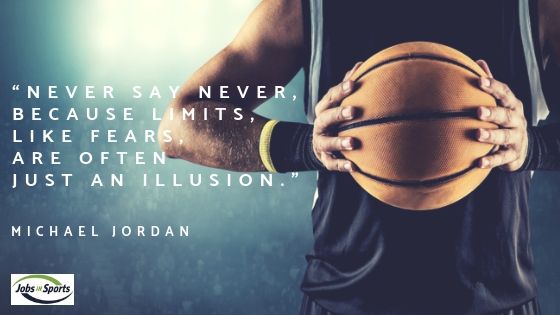 Jordan is regarded by many as the greatest player in NBA history as a 14-time All-Star, 10-time scoring champ, and 6-time NBA champion.

Often when there’s an obstacle in your path, it’s a mental barrier that must be overcome. It can keep you from achieving your goals and reaching your full potential. Having the proper frame of mind is half the battle in rising to the top. 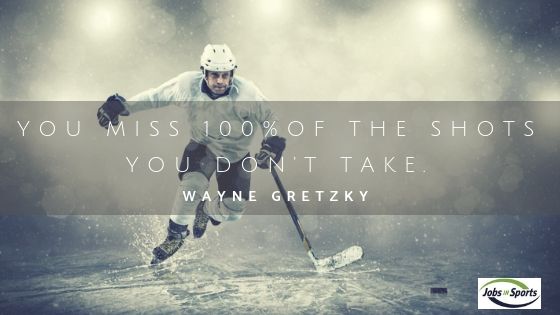 While it’s obvious that a player cannot score without making an attempt, there’s deeper meaning. You need to take chances in life to make something happen. Nothing can be accomplished without taking a chance.

“There may be people that have more talent than you, but there’s no excuse for anyone to work harder than you do.” – Derek Jeter 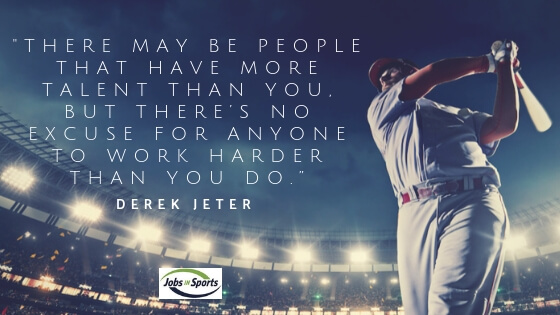 [bctt tweet= “There may be people that have more talent than you, but there’s no excuse for anyone to work harder than you do. #sportsquotes”]

Jeter is one of the top hitters and shortstops in MLB history. He’s a 5-time World Series champion, 5-time Gold Glove award winner, and 14-time All-Star. Currently, Jeter is CEO and part owner of the Miami Marlins.

In all parts of life, there will be people more talented and better qualified than you. However, you can work as hard as anyone and achieves just as much, or even more. There are no excuses for lack of hard work. 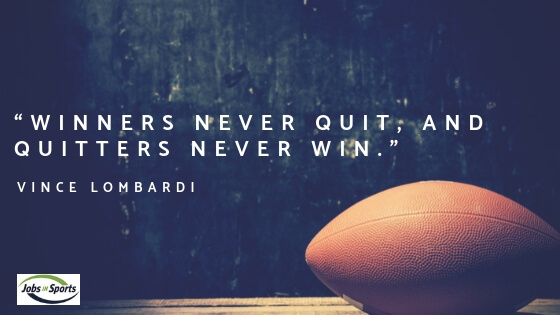 Lombardi is regarded by many as the greatest football coach in history, winning five NFL championships including the first ever two Super Bowls as coach of the Green Bay Packers. The trophy awarded to the Super Bowl winner is named after him.

If you quit, you can’t expect to rise to the top, whether in the sports world or other areas of life. Those who don’t give up may not win every time, but they’re winners by continuing to put forth their best efforts.

What are some of your favorite motivational sports quotes? Share your in the comments below and you may be featured on social media!

Inspired to fast-track your sports career?

Considering a career change? Love sports? You don’t have to be an athlete to get the job you’ve always wanted. From internships and entry-level sports jobs to sports careers for seasoned professionals, Jobs In Sports has everything you need to land the job of your dreams.