Home » The Sports Industry Networking Playbook: The Only Guide You’ll Ever Need 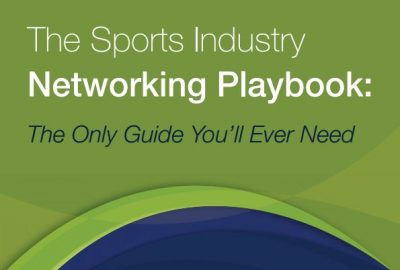 Most people are either hesitant to network or avoid it altogether, according to a 2015 survey conducted by the University of Phoenix School of Business. Of those who think they don’t do enough networking, 27 percent say they think they have lost job opportunities as a result.

The idea of networking makes people uncomfortable. They imagine awkwardly mingling at a formal get-together in a hotel ballroom. At the end of the night, they’re emptying their pockets of all the business cards they gathered without much of a clue about what to do next.

This preconceived notion of what networking looks like is far off base from what networking actually is. In fact, sports networking is a fun way to make new friends and develop long-lasting, meaningful relationships with fellow industry professionals.

If you’re just scouring job boards and sending out dozens of applications every week, you’re limiting yourself. A successful job search requires more than that. Sports networking is an essential complementary aspect to job board searching.

This e-book is your ultimate playbook to sports networking. You will learn: