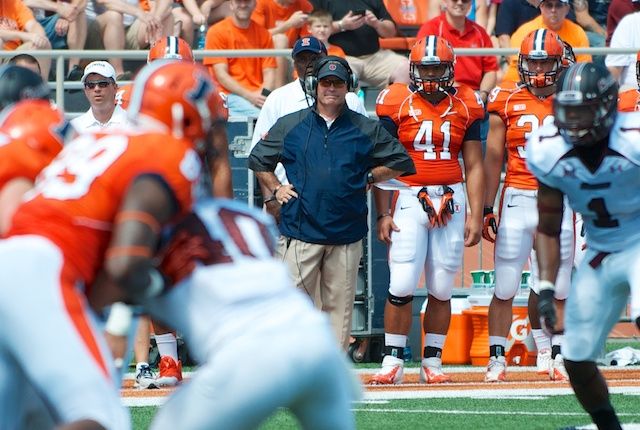 An NCAA football team is composed of athletic students and staff that are working together towards a singular goal – winning. The college football coach is the leader and ultimately one of the most important people associated with the team, despite never playing a single down. The coach oversees making the tough decisions, whether it’s on the field making play calls, or off the field making personnel decisions and creating play schemes. Ultimately, the football coach is the driving force for the team’s motivation and success.

Getting a football coaching job, whether it be in the NCAA or even the NFL, can be a challenging journey for any individual. The career path requires a combination of experience, hard work, and opportunity. However, there isn’t one linear path that will lead an individual into this type of career. People have become football coaches in a variety of different ways and they all have different types of journeys.

What are the requirements to be a college football coach?

Football coaches can have very different types of personalities, both on and off the field. However, many of the coaches in college football share a few similar qualities and characteristics.

Most importantly, coaches have keen ability to make tough decisions in stressful situations, such as in-game play calling. Coaches are often put into high-pressure situations during a game, which then requires a quick decision. This type of decision is then in the public eye and the coach should be able to handle public scrutiny if the move is a failure.

Have you ever seen the Indianapolis Colts’ fake punt that went horribly wrong? In the 2015/2016 season, after lining up in an illegal formation, the Colts attempted a swinging gate trick play on fourth down against the New England Patriots that left head coach Chuck Pagano taking lots of heat. 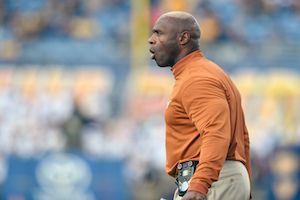 As a college football coach, you’re a leader and authority figure, and most players will follow any developmental path you choose for them. Having a bad attitude towards your school, referees, as well as other players and coaches, can lead to players behaving the same way.

Being unenthusiastic about practice would also give your players a reason to feed off the negativity, and as a result, poor performance will be reflected on the field. As a coach, you must set an example and guide your athletes towards success.

Every college football coaching job requires an in-depth understanding and appreciation for the game. The knowledge to understand the intricacies of the game and the traditions of the college is key. Combine these characteristics into a winning formula for the program.

A coach must also have an appreciation for the athletic administration’s culture and their goals for the program.

What do football coaches major in college?

Most college football coaches have some type of bachelor’s degree. Specifically, for those with a head coaching job at these universities and colleges, it’s expected that they have a bachelor’s degree. In some instances, coaches may have master’s degrees as well, but this is an uncommon level of education.

What about the types of degrees these coaches have? It can vary, but an ideal major of choice is sports management, health science, or athletic training. If you choose sports management, you may be given the opportunity to help identify, monitor, and manage the business dynamics that routinely drive sports at your college, all in addition to being coach of course. However, having a degree in one of the three mentioned fields isn’t necessarily required to land a coaching gig at colleges across the country.

How do you get a job as a college football coach?

For most football coaches, they’ve created their career based upon a foundation of experience. This experience can be entry-level or even lower, such as a ball boy, equipment intern, marketer, and many others. This experience shows the commitment to the sport and will typically give you a more promising resume to appeal to employers.

As you climb the ladder with a school and gain new responsibilities, you have the potential to reach the ranks of being some type of coach. In fact, most head coaches in college football today were at one time an offensive or defensive coordinator of a team. Once a head coach position opens for candidate review, assistants and coordinators will often apply for the head coaching job.

Above all else, this profession requires a deep found sense of passion and love for the game. Simply being a fan of the sport or a follower of the team isn’t enough when it comes to your candidacy as a coach in this field. A comprehensible and working knowledge of college football, as well as the ability to work hard for the benefit of the student-athletes, is needed to create a successful product.

A great way to separate yourself from the pack of other potential college football coaches is the ability to teach and lead youth. This sport requires an extreme physical toll of its players, and the athletes need inspiration to perform their best every week. Therefore, if a potential coach can be a leader and inspire everyone to keep grinding and putting in the effort, you’ll find yourself ahead of the game to land the coaching job of your dreams.

How much do college football coaches make?

Salaries of NCAA coaches can range greatly. For example, according to USA Today: Sports, the lowest salary of a head coach that’s available for public knowledge is the head coach of Louisiana-Monroe, who makes $390,000 each year (as of 2018). On the other end of the spectrum, Nick Saban is Alabama’s head coach and college football’s highest paid coach, earning approximately $8.3 million a year.

Clearly, there’s a salary differential in this sport and it depends on a variety of factors like experience, school size, and market demand. It goes without saying that the head coach position generates the highest salary by far in comparison to secondary coaching salaries.

How do you become an NFL football coach? 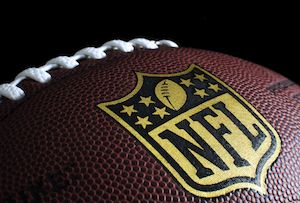 Much like the requirements of a college football coaching job, an NFL coach must have relevant and applicable work experience. This can be achieved by working within an NFL organization in a variety of roles, and then working up to earn various coaching opportunities. However, these types of opportunities require significant patience and a very strong resume in terms of experience. Many NFL coaches only received an opportunity to coach after they put in several years coaching at the college level.

Furthermore, as a potential NFL coach you must have desirable qualities like the ability to handle stressful situations and make tough decisions. More importantly, you need to be able to motivate and earn the respect of highly-paid, adult men who are now professional athletes. This is much different than in the college realm where players are considered amateurs and more likely to follow your direction. In fact, it shouldn’t be a surprise if a college football head coach transitioning to the NFL ultimately fails because they can’t motivate players to success like he/she was able to in the NCAA.