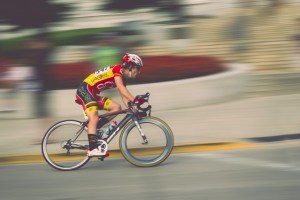 You’re loved sports since you were a kid. You used to kick soccer balls in the yard with your brother, practice somersaults during recess, and work on your spiral with your best friend. No matter what sports are on television, you’re excited to watch it — hockey, gymnastics, wrestling.

You always dreamed about finding jobs in sports, but you never wanted to pursue careers in  baseball or football. Fortunately, the sports entertainment world continues to grow. New sports are emerging. Sports from over 100 years ago continue to inspire fans and athletes alike. Some even combine dramatic theatre with high flying acrobatics.

Let’s take a look at theses jobs in sports that fly under the radar of mainstream sports:

Technology continues to change the world of sports jobs in exciting ways, especially when it’s creating new competitions like the Drone Racing League. Drones are popular in the U.S., resulting in a surge of interest in drone racing.

An April 2016 report from the Market Mogul found that Google searches for “drone racing” have skyrocketed, earning a 100 score of interest. In other words, it’s at peak popularity right now.

It’s no surprise that the Drone Racing League reached an agreement with ESPN in September 2016 to broadcast the first full season of the league. Now is a great time for job seekers who have a love for the speed and thrills of drone racing to get in with the growing organization.

Founded in 1979, the WWE has established itself as the primary professional wrestling organization in the world. The reach of it is astounding, and it continues to grow.

For example, Wrestlemania 32 shattered several records this last year. It set a new attendance record of 101,763 fans, became the highest grossing live event in the company’s history at $17.3 million, and quickly became the most social event, with 2.5 million mentions on Twitter throughout the day and 1.3 million mentions during the broadcast alone.

On the merchandise side, WWE generated a record-breaking $4.55 million in WrestleMania product revenue, showing a 37 percent increase from last year’s Super Bowl sized event. To put it simply, the sustained growth of this organization makes it one of the best companies for people looking for unique jobs in sports.

The company is organized into four areas — Media Division, Live Events Segment, Consumer Products Division, and WWE Studios Segment. For those who are interested in working here, there are several options to choose from.

They partner with Hire Heroes USA to create job opportunities for military veterans and their spouses through personalized employment training and career workshops. Their internship program offers students a chance to learn what it takes to work in a fast paced environment.

Even their benefits package, which includes a wellness program, EAP, stock purchase plan, 401(k), tuition reimbursement, and flexible spending accounts, is hard to rival. The career options are varied, and they can be especially attractive to creative types who want to pursue entertainment production.

Surfers and surfing fans can make their passion their career with the World Surf League, which organizes the annual tour of professional surf competitions and broadcasts each event live.

What’s noteworthy is the league’s ability to use social media and digital media to build a loyal following. Tim Greenberg, SVP of Digital at WSL, told Huffington Post:  “Most of the people we hire don’t have social media training at all. They have the creative eye and they have the drive to make it happen, and we teach them everything that they need to know.”

This is the perfect opportunity to catch some career waves and learn gnarly new skills to grow with the organization. We all know the impact social media, such as Facebook, Twitter and Snapchat, has on sports marketing. Given World Surf League’s strong social media strategy, young professionals who want to learn modern marketing tactics can really thrive here.

Cyclists look no further — the UCI is the place for you. This non-profit organization, which was founded in 1900, acts as the world governing body for cycling recognised by the International Olympic Committee (IOC)

You can contribute to their mission to “develop and promote cycling as a competitive sport, as a healthy recreational activity or as a means of transport.” They oversee road, track, mountain bike, cyclo-cross, BMX, trials, indoor, and para cycling. These eight disciplines give fans and cyclists a lot of opportunity to work in a specific sport they have the most passion for.

You can find jobs in sports anywhere — you just need to know where to look.

What jobs in sports are you interested in that are under the radar?