Home » General
By Jobs In Sports on July 16, 2018 in General, Success Stories 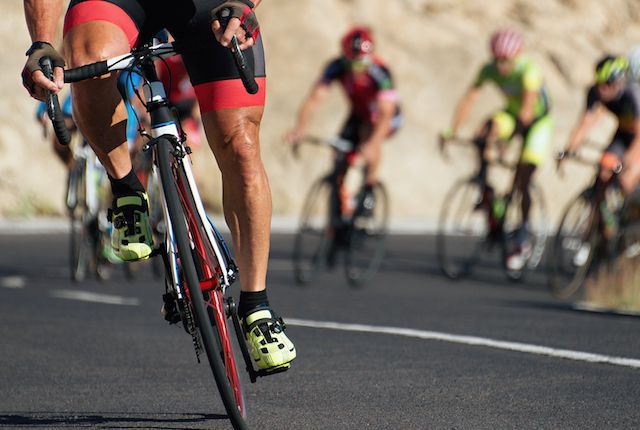 Every year, cyclists appear on the road in droves just as the Tour de France approaches. Perhaps it’s a mere coincidence since Le Tour arrives in summer, but it’s difficult to reduce the sudden appearance of riders to hot weather. The Tour de France is, after all, the pinnacle of cycling and has been a source of inspiration for many cyclists and sports enthusiasts, past and present.

In fact, there is more we can take away from the Tour de France than competitive cycling. There are life lessons we can learn, adapt, and follow to assist us in achieving our goals in life. If you’re looking to improve your situation, pursue a career in sports, or just stay motivated along the way, here are some stories to help you stay motivated and focused.

3 Tour de France Stories You Can Use as Motivation

Tour de France story #1: In the Beginning, there was Le Tour

Upon picking up a bike for the first time, it’s unlikely that you thought about how fast and fit you could become. Maybe you started cycling to commute to work or to ride with a friend. Perhaps you were swept up in the fixed gear craze or took up cycling to work as a bike messenger. Or maybe you just wanted to have fun.

Whatever the reason, cycling has a way of becoming the focal point and passion of the lives of riders, and many will say that watching the Tour de France for the first time is a turning point. The reason for this is likely, and simply, awe. The metrics speak for themselves: In 2017, the Tour de France peloton (i.e., the main group or pack of riders) covered 3,540 km, climbed 45,000 meters, and averaged 41 km/h across three weeks of race days with only two days of rest in between.

Motivational Takeaway: Seeing something that leaves us in awe can be inspiring.

During the 2013 edition of the race, Chris Froome blew away the competition by the start of stage 20, the penultimate mountain stage to Mont Semnoz. With thousands of kilometers already in the legs and some of the fiercest racing in the history of the Tour de France, one would have expected stage 20 to be a mere procession. Most figured the win was wrapped up by Froome, who was over four minutes ahead of the nearest challenger, Nairo Quintana.

Instead, the climb to Mont Semnoz became the site of a battle between top contenders. Superhuman efforts from Joaquim Rodriguez and Quintana to overtake Froome for the lead spot resulted in a devastated peloton divided into tiny groups along the course, with Quintana eventually breaking free to take a solo win, just 30 seconds ahead of Froome.

What motivates such an effort, and how do the rides of these athletes inspire us? When we see glorious summer showdowns in the middle of the Alps, with riders collapsing at the finish of a brutal stage in sweat and tears, we are witnessing power. The sheer power of the desire to achieve personal goals through persistence and motivation.

Motivational takeaway: Persistence and motivation will lead to good efforts.

When Quintana stretched his arms up in victory with a look of ecstasy, what we didn’t see were the years spent living with the dedication to completing that ride. We didn’t see the countless days of six-hour rides across goat tracks in the Colombian Andes, or the years spent living by subsistence farming, or the daily 20-mile round trip bike ride as a child to go to school. We only saw the race itself and Quintana’s subsequent stage win.

When we set goals for ourselves and stay motivated by positivity, the practice in between is called persistence. Persistence allows us to overcome setbacks in our lives by viewing them not as ends but as mere moments of the journey toward achieving the goal. Without the willingness to break through setbacks and see them in hindsight as bumps in the road, we risk being taken by them, much like the prisoners in Platoʼs cave allegory mistook the shadows on the wall cast by puppeteers for real objects.

Motivational Takeaway: A setback is just a moment of the journey – not the end.

Nobody thought Greg Lemond would ever ride a bicycle again, let alone the Tour de France. After a brilliant start to his career that led to a yellow jersey in 1986, Lemond was accidentally shot by his brother-in-law during a hunting trip, nearly losing his life. The ensuing recovery caused Lemond to miss two consecutive tours as he struggled to regain the condition necessary to compete at the top level of cycling. His ambitiousness wasn’t lacking, however, as he had to be told to scale back due to overtraining.

Such mental toughness in the face of adversity is a quality necessary at the elite level in cycling and sports jobs in general. Just ask Luke Rowe, the Team Sky rider who shattered his leg yet returned to his place at the head of the classics peloton just a few months later.

Fast forward to 1989, and Lemond was lining up at the start of that year’s Tour de France against the overwhelming favorite Laurent Fignon. Fignon was the leader of the UCI Road World Rankings, while Lemond struggled to find results. By stage 11 of the Tour, Lemond was just seven seconds behind Fignon in the general classification before taking the yellow jersey during the stage 15 individual time trial.

The following day, Lemond distanced himself from favorite Fignon, increasing his lead to nearly a full minute. Stage 17 found the riders tackling a short route with a summit finish at the legendary Alpe dʼHuez, where Fignon passed Lemond, dropping him to second place.

Finally, the riders reached stage 21, the last stage, and an individual time trial. Lemond took it by 58 seconds over Fignon, earning him a yellow jersey after three weeks and thousands of kilometers. Lemondʼs desire to succeed, his persistence, and his ability to maintain a strong state of mind enabled him to overcome what should have been a career-ending injury.

Motivational Takeaway: Anything can be overcome with a strong state of mind.

When we engage in positive goal setting and develop and maintain the sets of habits needed to achieve them, we are shaping our brains for the better. The effects of these changes can even be seen with functional magnetic resonance imaging, as it’s been shown by studies into neuroplasticity. Loosely defined, neuroplasticity is the process by which all permanent learning takes place in your brain, such as riding a bicycle.

This concept helps us understand the feats of cycling athletes who have attuned themselves to the rhythm of elite riding and how they engage and flow with it. These flows can exist in all sports, jobs in sports, and every moment of our lives.

Motivational Takeaway: Practice and motivation allow us to overcome adversity.